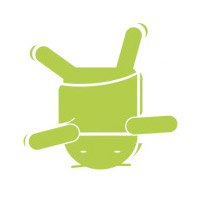 Google’s smart phone has arrived with a mixed bag of buzz and feedback. Now whether that’s a bad omen or a good one for the Search Engine giant remains to be seen.

This phone, with its snapdragon processor was designed to go head to head with the iPhone, Symbian and Pres in the market. Google like any proud mother won’t stop praising its phones merits and believes it’s more than a legitimate alternative to other smart phones. As Google’s Chief Financial Officer Patrick Pichette puts it, the Nexus one is a “Benchmark Setter.”

Google’s move against the Open Hand Set Alliance is really raking a bit of a risk by selling the Nexus One through its online store. There was a time where Google would just distribute the Android OS freely to handset makers like it was sending a Saint into the world to remove the plague.

Google feels it needed more control over the hardware thus giving life to the Nexus One. It’s sure to ruffle a few feathers with its Alliance partners such as Motorola, HTC, and LG amongst others. But then there was the “iPhone” factor which was sure to provide the entire stimulus it needed to bring out the Nexus One.

However, critical reports are coming in at the moment. Nexus One owners are having trouble staying connected to T-Mobile’s 3G network service. In fact the signal seems to be switching back and forth from 2G to 3G. It seems like the little guy is having some teething pains.

The transition from a digital business to a physical business is never easy as is proving true with Google. With sluggish sales and the 3G connection problem to top it off, now the Federal Communications Commission has questioned why Google charges U.S customers an equipment recovery fee. Life ain’t easy.

Google has countered by introducing a customer assistance line and tapped into Verizon’s larger customer base by allying with Verizon. However it’s obvious that purchasing the phone through Google’s phone store, is basically Google inserting itself into the customer relationship experience between consumers and mobile phone service providers.