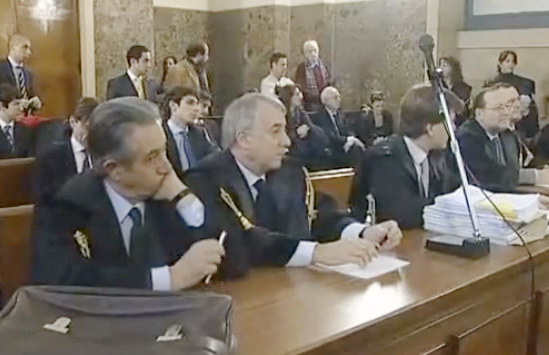 A court case that has been closely watched due to its implications for Internet freedom has ended, the verdict?  Disturbing.

Three Google executives in Italy have been convicted of privacy violations because of a disturbed individual who posted a video from their mobile phone on ‘Google video’ of a boy with down syndrome being abused.

Judge Oscar Magi has sentenced three Google executives to a six-month suspended sentence.  They have been absolved of the defamation charges, while a fourth defendant has been acquitted of charges of defamation.

Google has said it would appeal and has called the decision “astonishing”. In a statement Google’s global privacy counsel Peter Fleischer, who was convicted in absentia said, “The judge has decided I’m primarily responsible for the actions of some teenagers who uploaded a reprehensible video to Google video, We will appeal this astonishing decision,” Google spokesman Bill Echikson said at the courthouse. “We are deeply troubled by this decision. It attacks the principles of freedom on which the Internet was built.”

This trial is going to determine if the Internet is an open self regulating forum or if all content on the web should be monitored. Google has stated that it considered this trial a threat to the freedom of the Internet.  It is trying to force providers to prescreen the thousands of hours of footage that is uploaded to various sites each day.

ViviDown is an advocacy group for people with Down syndrome and are the ones who alerted the prosecutors to the video.  The video showed a down syndrome student being bullied, insulted and beaten at school, and in the video one of the teenagers pretends to put in a ‘phone call’ to Vivi Down.

All four executives were tried in absentia have denied any wrongdoing. These executives were not involved with the production or uploading of the video but prosecutors argued that because it shot to the top of the most-viewed list that it should have been noticed immediately and removed.  Google Italy did remove the video and thanks to Google’s cooperation the bullies in the video were identified and sentenced by their juvenile court system.

If the video was never uploaded to Google and made popular, how would these individuals ever be found and charged.  It is sad that it received so much attention before being removed, but I don’t see how liability could be transferred.