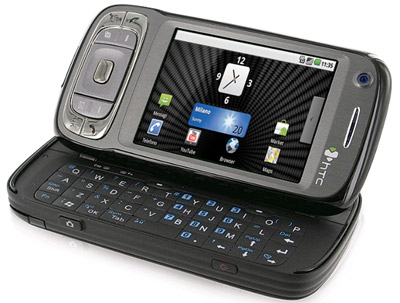 We wont get into any details of why you wouldn’t want to run WinMo on your HTC any longer, perhaps it could be the lame apps, or from a developers stand-point being stuck with .NET.  Whatever it may be, you are now free.

Developers, or hackers, at the XDA Developers forum have released a beta ROM of Android 2.1 that will run on the HTC Kaiser (aka AT&T tilt), Vogue, Niki, and Polaris.  Apparently the setup is nearly complete, everything is operational except a couple insignificant things (yikes) like the camera and Bluetooth.  WiFi, GPS, Phone, Sleep and Battery indicator a bit sluggish, but all working.

The team is doing their best to get the camera and Bluetooth working, they also have a bug tracker for users to help them troubleshoot anything that may arise during your conversion to Android.  A tool called HaRET will allow you to run the hacked ROM on your phone alongside Windows Mobile, if your just interested in taking a peak without the plunge.