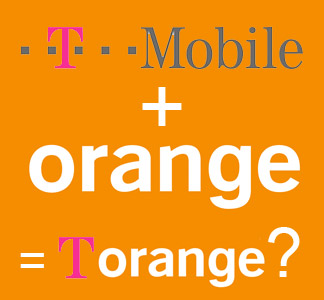 Get ready for one of the largest wireless carriers on the planet, because two juggernauts are about to become one unified Goliath. Orange and T-Mobile are set for a merger and this newfound business relationship is currently seeking approval from the European Commission.

By combining their powers, T-Mobile and Orange will become the largest mobile phone company in the United Kingdom. The only major speedbump left in their path is a request from the Office of Fair Trading (OFT), checking for any issues related to a monopoly or something similar.

For instance, 3 is the smallest mobile phone network in the UK and it has largely been credited with driving the price down in recent years. A bigger juggernaut may be able to muscle out a smaller firm like 3 (which is owned by Hong Kong-based Hutchison Whampoa).

To overcome this concern, the new deal gives 3 access to 3,000 more mast sites across the UK, and  gives them the largest 3G network in the United Kingdom. Further still, T-Mobile and Orange will need to forfeit 25% of their current spectrum so that competitors can jump in for some wireless broadband.

Let’s not forget about Vodafone and O2 too. They might not be happy with this merger either.