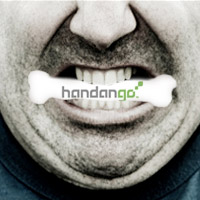 When most people think about downloading apps to smartphones, the first thing that probably comes to mind is the App Store for the iPhone. Well, there’s going to be another giant in the room after today’s announcement. PocketGear has officially acquired Handango, creating the world’s largest cross platform, open app store and content marketplace.

How big? Unlike the App Store, which only works on the Apple platform, this combined app store from PocketGear and Handango will have a catalog of more than 140,000 paid and free titles, available for download by more than 4 billion consumers worldwide. The app store supports Android, Symbian, BlackBerry, Windows Mobile, Palm, Linux, and Java.

Among some of its development partners are Samsung, LG, Sony Ericsson, RIM, Microsoft, T-Mobile, AT&T and Verizon Wireless. With this acquisition, PocketGear President and CEO Jud Bowman will retain his current position, whereass the current chief executive at Handango, Alex Bloom, will take on the role of Chief Operating Officer of PocketGear.

“This is an exciting time in the app store market and we’re thrilled to be joining forces with PocketGear,” said Alex Bloom, CEO of Handango. “As we increase our scale, not only can we further accelerate speed to market of new devices and applications in a rapidly changing marketplace, but we’re also better positioned to help our distribution and developer partners increase the overall revenues per download from both paid and free apps.”