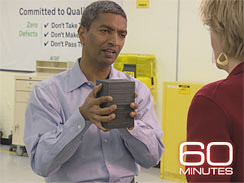 The Bloom Box is a device about half the size of a milk carton, yet is powerful enough to revolutionize all aspects of life and transcend the human race into a sustainable, earth friendly society.

The box has been secretly tested by several large California corporations over the past 16 months and proven to be an efficient, clean, and affordable fuel-cell generation system that produces electricity. It has saved eBay over $100,000 in electricity bills over the nine months they have operated five units.

Speaking of fives, each box is calculated to be five times more efficient than the 3,248 solar panels eBay installed on their campus roofs which cost them $1M, however the Bloom Boxes set them back about $4M to power their server farms. Google, FedEx, Staples and Walmart are also among the first of 20 companies to sign on to the alternative energy technology. The “downside” is that it’s by-product is Co2, however, Co2 is what feeds plants, so perhaps it may not be such a “downside” after all.

Each box is made by Bloom Energy (BE) labs and takes them a full day to build, they sell from $700K to $800K, but we don’t know enough about it to know why it’s so expensive. Is it parts? Is it proprietary technology? Or just research? Time will tell, because BE plans to officially announce the “magic” box on Wednesday.  Their website currently has a countdown to the time of “launch”. 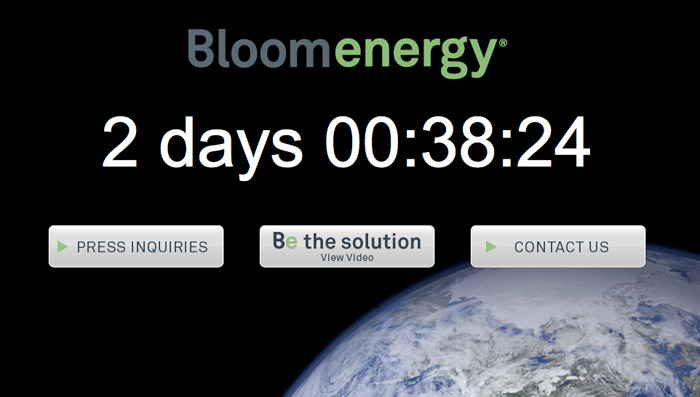 Imagine the possibilities, a technology that could be the answer to powering electric vehicles from home, sustainably. I envision a wide distribution of Bloom Boxes creating a massive grid generating stations throughout the homes of North Americans, and perhaps the entire World. Energy could be sold by households to others or businesses within their community. How well that would fly with current energy companies? Your guess is as good as mine. But many could remain as they are, as “middle-men” peddling energy services from other companies.

BE has plans to manufacture a smaller household sized unit for $3,000, we are to expect them in the next five to ten years. Bloom Energy CEO K. R, Sridhar each fuel cell is made of of sand and a secret ink formula, “the design will revolutionize the power industry”. The cells stack inside a metal box, a 64-cell stack could power a entire coffee shop.

If you know very little about fuel cell technologies as I did, you could read up on the Wiki. I had never heard of Dr. Sridhar until this weekend, what I found out about him is that when working as the director of the Space Technologies Laboratory at the University of Arizona, NASA approached him to create a way to sustain life on mars. The result, was a device capable of using solar energy and Martian water to power a reactor that would generate hydrogen to power vehicles and equipment, and oxygen to breathe. The Bloom Box?