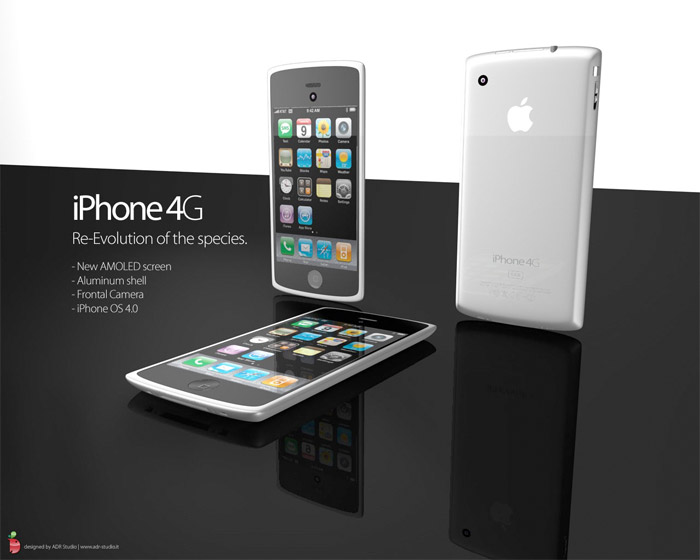 The iPhone 4G is one of the most talked about smartphones of the year, so much so, that professional design firms attempt to create concepts in what they believe would be the next-generation of the device.  It’s also a good way for them to show off their talent.

I had a chance to speak with Antonio De Rosa, he is the main man behind ADR Studio Italy.  He was very excited about his latest vision for the iPhone 4g that he built in 3D. De Rosa is of course an Apple FanBoy, but one with vision and creativity to back it up.  So no hating out there, this is beautiful work.

Have a look at his renderings. The concept is designed to have a front-facing camera, aluminum uni-body shell, AMOLED display, and iPhone OS 4.0.  De Rosa has even added a stylus port in the back as well, not likely something Apple would pickup, but appealing to Palm folks.  These specs are very similar to what our readers have indicated they wanted in the next-generation iPhone for 2010 survey.

Update: New video of this concept rendered below. 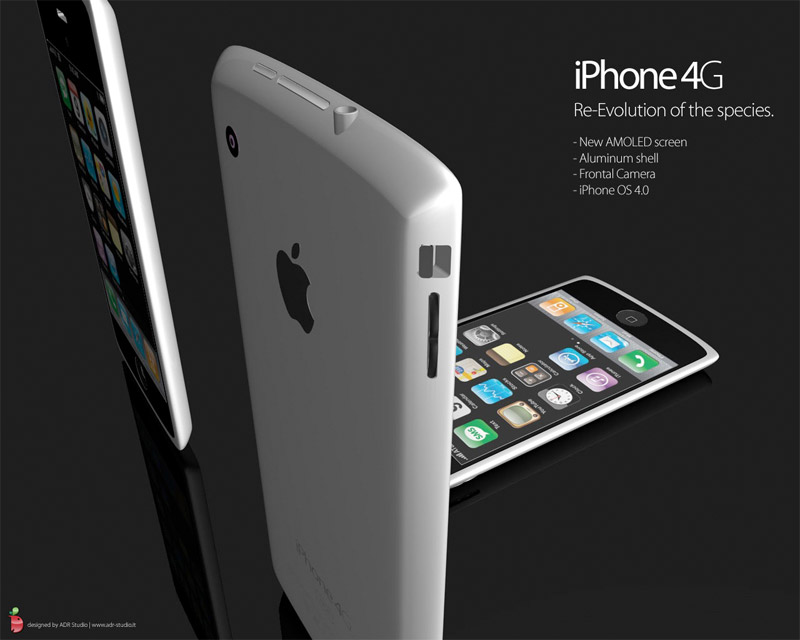 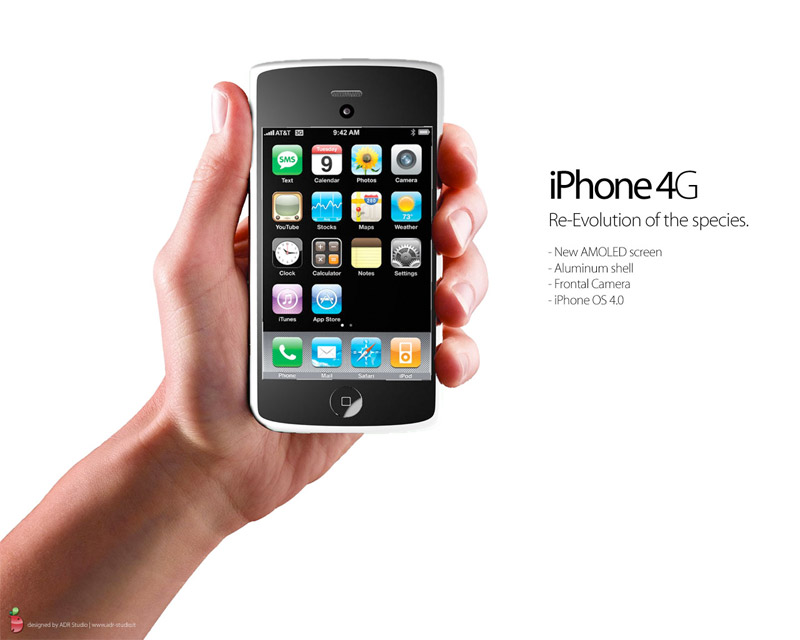