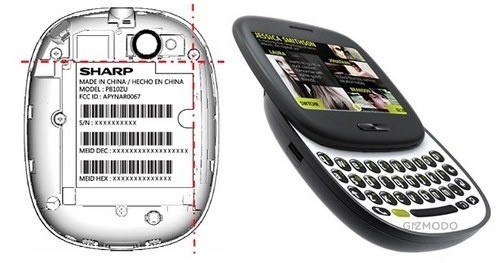 A few days ago, we caught our first glimpse of Windows Phone 7 and we assumed it would represent the immediate future of Microsoft-powered smartphones. As it turns out, there could be an alternate path for the Redmond, Washington giant too. Remember Project Pink? Apparently, that’s still a go.

As you may recall, Project Pink is the amalgamation of several efforts, including the acquisition of Danger by Microsoft. Danger was the firm behind the Sidekick OS and it seems that they’re sticking with Sharp for the hardware too. The Pink phones were supposed to use Nvidia Tegra and run a Silverlight-based interface over a Windows CE6 base. Even though there was no explicit mention of the Pink Phone at Mobile World Congress, there is still substantial evidence saying that Microsoft is still very much pursing this project. In fact, there are FCC filings that are being withheld until mere days before the CTIA conference next month.

What this leads us to believe is that Project Pink is being developed in parallel with Windows Phone 7, but will be completely separate from it. Instead, Pink will be using its own Danger-developed OS and could prove to be the second coming of the Sidekick. Microsoft may have lost significant smartphone market share in the last couple of years — you can thank BlackBerry, Android, and iPhone for that — but they’re not going out without a fight. In fact, they could be bringing two new heavyweights into the ring.