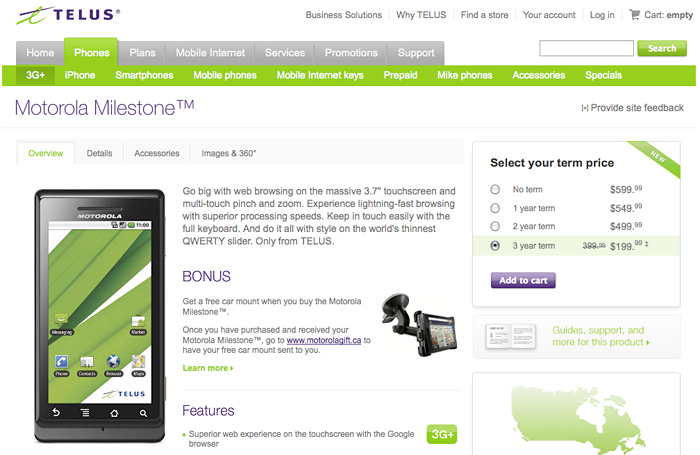 After the Motorola Milestone got delayed for Telus Mobility telling us that it wouldn’t be ready for the beginning of 2010, we then discovered the this Tuesday as the speculative date. We were only one day off, but still, Telus’ announcement won’t get you a Milestone yet.

Officially announced as a carrier for the Motorola Milestone on Wednesday this week. Specs and outward appearance are akin to the Verizon Motorola Droid, Telus’ Milestone will take advantage of HSPA for its 3G connection.

Editors Note:  There are no Motorola Milestones in stores yet.  Some stores say they will be in “today”, but that’s what they said yesterday. Nonetheless, no one is camping out front of the stores to get one, wait to pop in to a store in near the end of the if you were thinking of getting one.