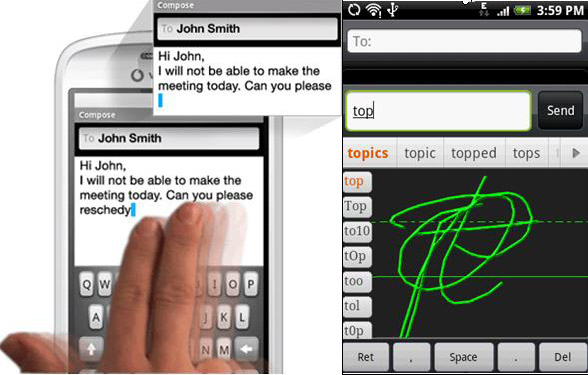 By now, you’ve probably become familiar with T9 predictive text technology. If you’ve ever owned just about any cell phone and you’ve sent a text message, there’s a good chance that you’ve used it. From Nokia to Motorola, nearly all phones with numeric keypads use this great system. So, how does it translate to the modern arena?

You know how the predictive text on the iPhone starts to understand which words you use the most often, adapting accordingly over time? Nuance T9 Write does the same kind of thing, learning “each user’s preferred vocabulary and even adds new words based on user communication patterns.”

Going one step further, you can even get it to recognize abbreviations for commonly-used phrases, email addresses and other frequently used words. The “on top” technology means that you write each letter on top of one another, rather than across the screen. And yes, it does multi-touch.