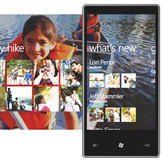 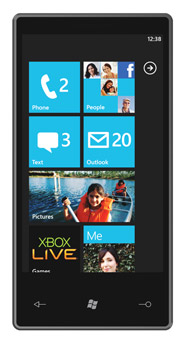 Microsoft’s CEO Steve Ballmer unveiled the companies next-generation of Windows for smartphones today: Windows Phone 7 Series.  Microsoft is adapting to consumer demand and tailoring the new OS to have a “smart design” and integrated experiences between web and other applications.  The have also have managed to bring Xbox Live games and Zune music and video to the mobile phone.

“Today, I’m proud to introduce Windows Phone 7 Series, the next generation of Windows Phones,” said Steve Ballmer, chief executive officer at Microsoft. “In a crowded market filled with phones that look the same and do the same things, I challenged the team to deliver a different kind of mobile experience. Windows Phone 7 Series marks a turning point toward phones that truly reflect the speed of people’s lives and their need to connect to other people and all kinds of seamless experiences.”

We do know HTC will be of the first to manufacture smartphones for the new Windows Phone 7 Series, along with Dell, Garmin-Asus, HP, LG, Samsung, Sony Ericsson, Toshiba and Qualcomm.  Peter Chou, chief executive officer of HTC Corporation, says their company is working closely with Microsoft to bring the unique HTC experience that customers love to next-generation smartphones.

Microsoft says they are taking an entirely different approach to the phone software, they’ve done a complete overhaul on Windows Mobile from the ground up essentially creating a completely different OS.  With Android 2.1 and iPhone OS being extremely intuitive with beautiful UI designs, Microsoft has now aimed for their Windows Phone 7 Series to be more visually appealing with more emphasis on the mobile lifestyle.  Tiled boxes of applications scroll vertically, users can customize them as quick launch links. Scrolling and sliding between applications makes it all fluid and connected.  The first screenshots of the OS seem to be very basic and bland, nothing like the iPhone or Android OS, and really doesn’t make me wan’t to get off my seat.  But replete with social networking functions, it has an advantage over out-of-the-box systems.

Windows Phone 7 Series OS was announced to be on smartphones in stores by “holiday 2010.”

Update: I’ve added a video below from Microsoft, it doesn’t get overly in-depth about the system, but shows a bunch of visuals of the various screens.

The home screen (shown above), or Start, on Windows Phone 7 Series can be customized with “live tiles” that show the latest updates from the Web directly to customers. For example, create a “live tile” of a friend and gain a readable, up-to-date view of that person’s latest pictures and posts, just by glancing at Start. 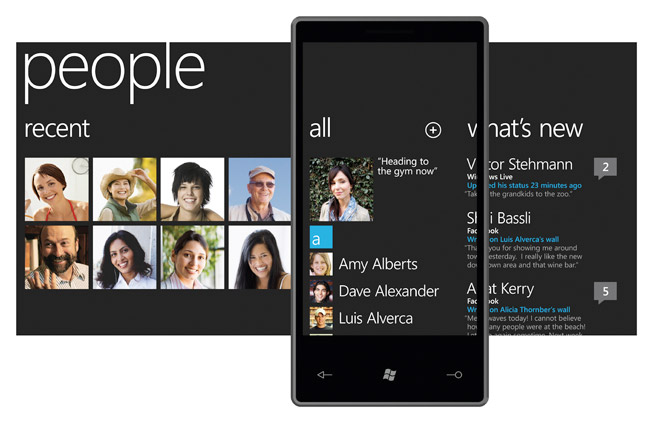 The Windows Phone 7 Series People Hub is communication central, where customers can see all relevant content associated with a contact, including live feeds from social networks and photos. It also provides a single place from which customers can post updates to Facebook and Windows Live in one step. 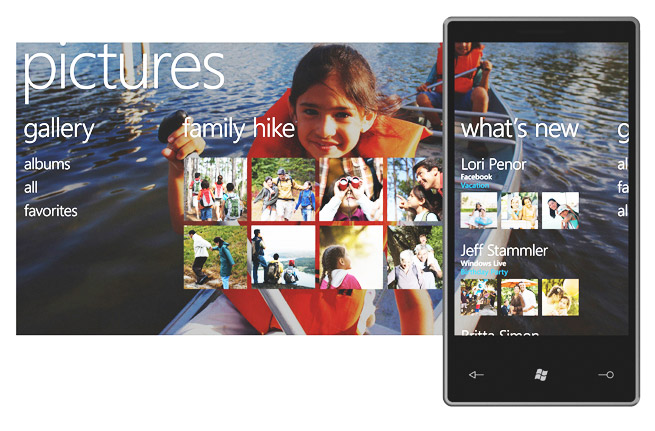 The Windows Phone 7 Series Pictures Hub brings together photos from the phone, the PC and online albums into one simple view. It’s easy to share pictures on the phone to social sites such as Facebook and Windows Live, and see up-to-date online albums that others are sharing. 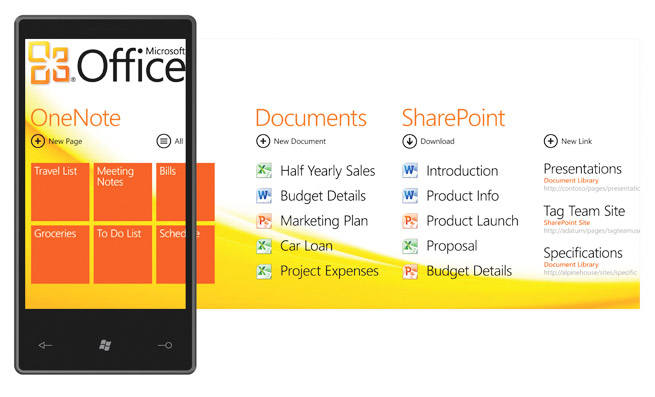 The Windows Phone 7 Series Games Hub delivers the first and only official Xbox LIVE experience on a phone. It’s not just about games on the phone; it’s about playing games with friends.

The Windows Phone 7 Series Music + Video Hub is the one place for media — from music to streaming radio to podcasts to video.