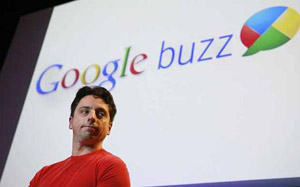 Google Buzz, Google’s new social-media utility, has got some disturbing security flaws according to user reports.

For example, when you are creating a new account, a dialogue box gets you to make a profile and upload a photo.  Then it automatically builds your buddy list based on the contacts in your Gmail.  Thanks but no thanks, because the list is then made public in your profile, all by default. My Gmail contacts basically contain thousands of email contacts ranging from customer complaints, to financial institutions and people I rarely talk to.

Buzz user and journalist Nicholas Carson writing for Business Insider, made the statement that “In my profession, where anonymous sourcing is a crucial tool, the implications of this flaw are terrifying,” “Google should just ask users, ‘Do you want to follow these people we’ve suggested you follow, based on the fact you e-mail and chat with them? This will expose to the public who you e-mail and chat with most.'”

Google responded by tweaking the sign-up procedure and states that the opt-out option for a public list has been made clearer.

“We think that showing followers publicly by default makes Buzz more useful because it helps people expand their networks,” the company said in a statement. “In response to feedback, we’ve made the option to hide these lists more prominent in the set up process.”

Carson replied with “We continue to believe these chances to opt-out do not force the user to make a real choice about this setting.” He added, “Google could and should simply make this feature ‘opt-in’ so that people know what they’re doing.”

Buzz is to let users “share updates, photos, videos, and more.”  Now, just because I email Nabisco about a bad product does not mean that I want to share my vacation pictures with them.  Who is on my list should be my option and no default list should be made.  This will be like someone having access to any filing cabinet in the world. That famous six points of separation theory has just become one point of separation, and Google is that point. Where does your privacy begin, and where does it end? I sure hope things are much more private when location sharing on mobile devices becomes propagated.