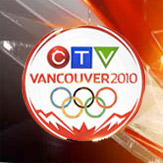 Today is the day.  The Vancouver 2010 Winter Olympics begins. Do you believe?

To help you, with the help of the Washington Post, we have put together some info so your laptop or smartphone can get you all the Olympic 2010 events that you want to see when they are broadcast, not just when your station has time to televise it.

In Canada, you can basically just turn your TV on to CTV or CBC and you will see Olympic coverage but that’s not where you will be able to grab a stream. In the US it’s NBC that has the broadcast rights; you can access that from the NBCOlympics.com website.  Make sure that your computer has the most recent versions of AdobeFlash and Microsoft Silverlight or you will be scrambling during your broadcast.  NBC also included a BOSS button to pull up a Windows desktop screen (blank spreadsheet included) for those private viewing events at work.  The NBCOlympics.com has tons of extras to offer to keep your interest. There are many different Olympics RSS feeds arranged by topic, sport, country, or nation, and give the option of SMS or e-mail alerts.  You also receive local Olympic TV listings that have been sorted according to the providers.  If a smartphone is your choice to cover the action, you will enjoy an upcoming mobile-optimized version of the NBCOlympics site available for iPhone’s and BlackBerry’s.  There will also be live streaming video available at Olympics 2Go.

Canada’s best international coverage is CTVOlympics.ca (English) and RDSolympiques.ca (French).  Both will have 14 live streams from Canadian TV networks.  They will also provide live coverage of each sport from beginning to end. BBC is offering live BBC Two streams, four Web-only streams from the BBC Sport Web site and there is mobile streaming on BBC Mobile.

BBC, CTV and NBC have specific contracts with the International Olympics Committee for broadcast rights to their specific geographical regions. For you to watch direct-from-the-source international streams, you’re going to have to do some searching for VPN service located in your area. For some free but ad supported VPN services try TheFreeVPN.com site.  It has a free Canadian VPN server but its only allows 250 users.  A paid VPN services does offer higher bandwidth and a better connection and only about $5-$15 monthly.  Just make sure that your choice doesn’t have a bandwidth limit.  Usage can reach its limit quickly when playing streaming videos.

Your only other choice may be independent, fan generated feeds.  SopCast (app installation is required), is a good for sports coverage in general, and Ustream and Justin.tv which allow you to stream on the web.  There is also TVU Networks, it offers a Web interface  and requires a TVU plugin, the TVUPlayer iPhone app is a Mac/Windows app and gives access to  900 channels worldwide. Pricetag of 4.99.

And there is always Twitter.  Providing and excellent alternative to video streaming.  Get the latest results without overloading your inboxes.

NBC has Olympic Pulse page; with tweets from athletes and analysts.  That one is very US based but over at @NBCOlympicZone, they are offering a list of athletes, organized by region to get coverage from the Twitter client of your choosing. Since Twitter is not bound by broadcasting regulations there will be many other TV networks with Twitter coverage of their own.  @CTVOlympics has all Canadian broadcasters covered, and detailed lists for Canadian athletes, international athletes and organizations. The International Olympics Committee is sending their tweets from @Olympics.  And over on @OlympicHealth, they are providing info on how the different Olympians have been training.

Take note that no one is willing to comment or guarantee how the systems are going to handle the video streaming traffic.