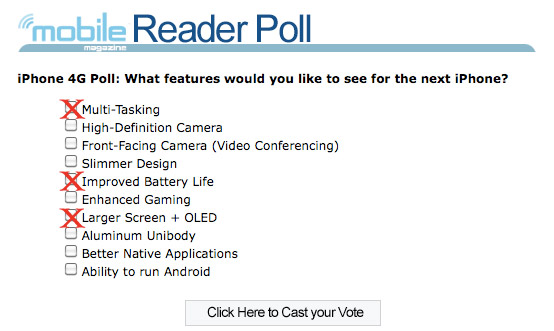 Now that the iPad has been unveiled to the public and in the hands of an elite few, what more speculation can we conjure about those crazy kids at Cupertino?  It just so happens that I got a call from Aaron Vronko at Rapid Repair.  As the service manager, Aaron and his team dissect roughly 500 iPhones and iPods per week.   Who better to speak on mythical Apple products than someone who rips their guts out all day?

He has a few thoughts on what the blogosphere has been creating, have a read after the jump. 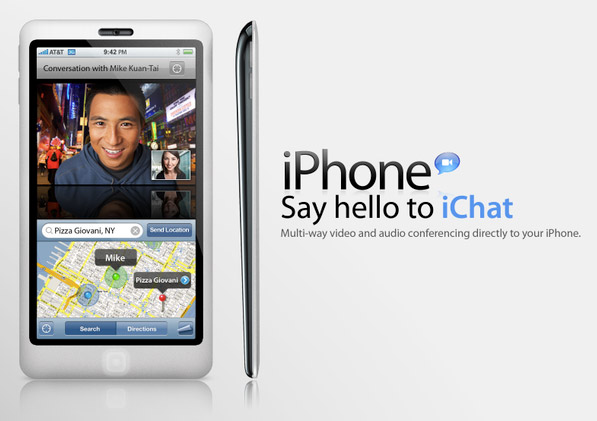 MM: Hey Aaron, thanks for taking my call today, can you give me a bit of background info on you and Rapid Repair?

AV: Hey Fabrizio, I’m the service manager for Rapid Repair, our company was founded 6 years ago and we repair mobile devices, gadgets, ipods, iphones, zunes, video game consoles and handheld consoles. We get shipments from all over the world and repair close to 500 a week. We also contribute to our general knowledge-base by buying the latest gadgets, taking them apart, and putting out repair guides on our website.

MM: That’s great, thanks. So lets get down to business, what do you think Apple will do with the iPhone 4G?

AV: I think that the big changes to expect for the iPhone 4G (4G meaning 4th generation, not the network), in contrast to the iPhone 3GS, will be the exact opposite. The iPhone 3GS changes were focused on the hardware, the horsepower, the core of the device and the kind of performance it can offer. It was basically 95% the same phone as the 3G, just a faster version of it. With the iPhone 4G it will be more or less with the same hardware capabilities, but totally revising the design of it and heavily tweaking, revising and adding to the software functionality but not necessarily in the core applications, but in the most common periphery apps.

MM: Can you tell me more about what you think the direction will be with software?

AV: The thing that made the iPhone successful in the first place was that it did about four applications that everyone who wants a smartphone wants, and it did it better than anyone else ever had. Those four or five applications will be about the same, its just the next 80 or 90 they will improve functionality on.

MM: How do you think the iPhone 4G will be compared to the iPad in terms of platforms and hardware? Will there be any cross-platform integration?

AV: I think its interesting to see to what extent they want to integrate iBooks, they probably most likely want to avoid that. They’ve got another market they are trying to create with the iPad, trying to offer the same functionality on the iPhone, and with that small of a screen size is not that effective for reading books (even though I think they might bump the screen size on the iPhone 4G). I wouldn’t be surprised to see it more focused on reading periodicals, daily news, weekly news. Perhaps expanding on the content delivery that the iBooks content delivery will use. Which I think is a great move, that’s one big piece that the iPad is missing is just one killer app and that it’s not way better than any other device that has come before it.

MM: Well we don’t know that for sure just yet.

AV: Yeah, based on what was shown. It’s not a better e-Reader than Amazon’s Kindle, its not a better computer than the MacBook Air, so far there is not one thing that’s better than everything else.

MM: How about hardware?

AV: I do think the iPhone 4G will use the same processor that is in the iPad. The new Apple A4 as they call it, or it may be called the A3, when it comes down to the hardware it will be the same basic design. The CPU inside that application processor will be an ARM Cortex-A9, the graphics processor will be a PowerVR SGX, probably a 535 or 540. But what they will do, instead of running that CPU at the same clockspeed as the iPad, they will just underlock it to about 600Mhz on the iPhone 4G. The reason they would do that is to save significantly on power.

MM: Do you think Apple would open up the iPhone 4G for multitasking?

AV: No, I would say not. They didn’t indicate it in the iPad so I would think not. They won’t want to change it from the iPhone 3GS. They have a pretty good history in doing this with the iPods. In one cycle they change the design, the next cycle they beef up the hardware with kind of the same design, and then the next cycle they change the design again. The really good reason for that, which makes a lot of sense for phones, is every 2 or 3 years peoples contracts expire and they can get a new phone when that expires. So it makes sense for Apple to make a device with substantially different capabilities, but nothing more than that. If you make phones with substantially different capabilities every year, then you end up with too many classes of applications and too much confusion of compatibility.

MM: What do you think about these “touch-sensitive case” rumors?

AV: The touch sensing case rumors are interesting. A design concept I think Apple might be playing with, but not an enhancement that would be in the next iPhone, this sounds like something what would more suit the iPad. I believe they will however tweak multi-touch, so you can come up with new gestures, but nothing changed at the core. The case should be an aluminum uni-body.

MM: How about hardware specifics, what will be inside this iPhone 4G that we haven’t talked about?

AV: Memory will be at 512MB, the cost is right and I couldn’t see Apple staying at 256MB for the cost differences. I think storage capacity will be in the options of 16GB, 32GB and 64GB. No removable battery, if the iPhone is thought of as having a 2 year life cycle. On a 2 year basis most people are reasonably happy with their battery life.

MM: When do you think Apple will release the iPhone 4G?

AV: I would expect it to be close to the typical annual release, unless there is something groundbreaking that no one would expect there’s no reason that it couldn’t be out. The iPad is going to be out in March with that processor already on display, so processor production shouldn’t really hold them up. But they will need more for iPhone’s, I would say early June to mid-July. Whoever the fabricator is for the iPad A4 chip, will be the fabricator for the iPhone A4 chip. OLED screens are already available in the size Apple would want to use, the only thing they may want to be waiting on is Samsungs newer generation of OLED screens which are 25% brighter. They are in the mobiel handset form factor where you might get a reasonable level of performance in direct sunlight.

MM: What will it cost?

AV: It’s going to be the same or less. Certainly not more, $99, $199 and $299 are the most likely targets. Going any lower to that doesn’t net them any additional sales and thats the price point for most mobile phones, and they could make a killing on it because they are not upgrading most of the hardware inside, its a year later and a year cheaper and for the same price.

MM: There are rumors of video conferencing, what are your thoughts on that?

AV: I don’t think Apple is convinced that the customer they design for (North Americans) demand this feature.  Our mobile networks, (especially the beleaguered AT&T) are nowhere near ready to handle the heavy network demand and usage of these technologies, meaning it would be a WiFi only app and Apple doesn’t want to make their headline feature one that “just works… sometimes.”

MM: Anything else you might want to touch on, perhaps gaming, whats it all really about?

AV: I think its more about design and form factor, not performance on this. They are using newer chips, but thats mainly to increase battery life. Thats the trade off, you can increase battery life and increase performance with some level of trade off. I think you could see some pretty awesome games and battery life. If they use an OLED screen with the A4 chip, clock it all the way down to 500 or 600MHz, you could double the battery life in pretty much all applications from what the iPhone 3GS was. Or they could make the battery smaller and take it off the size and weight of the device with still a 50% increase.

MM: Well Aaron, thank you for your time and our readers will definitely appreciate your thoughts on this.