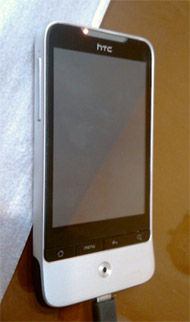 Not wanting to be over shadowed by the news that Motorola CLIQ will be running Android 2.1 next month, HTC has announced that their Hero phone will also be getting the Android OS.  And although there were previous rumors that the HTC Hero will be getting Android 2.1 it was always just speculation.

Now with the official announcement that ‘Android 2.1 will be coming to HTC Hero in mid-March’, we will expect some sort of showing at next weeks Mobile World Congress 2010.

Additional features that will be included with this update, such as Friend Stream, which helps you monitor your Facebook & Twitter accounts, the same Sense UI and improved Microsoft Exchange support.  An update for the phone itself is that there is said to be a slightly quicker Qualcomm MSM 7227 600MHz processor in the new HTC Hero that will make video capture and graphics perform faster.