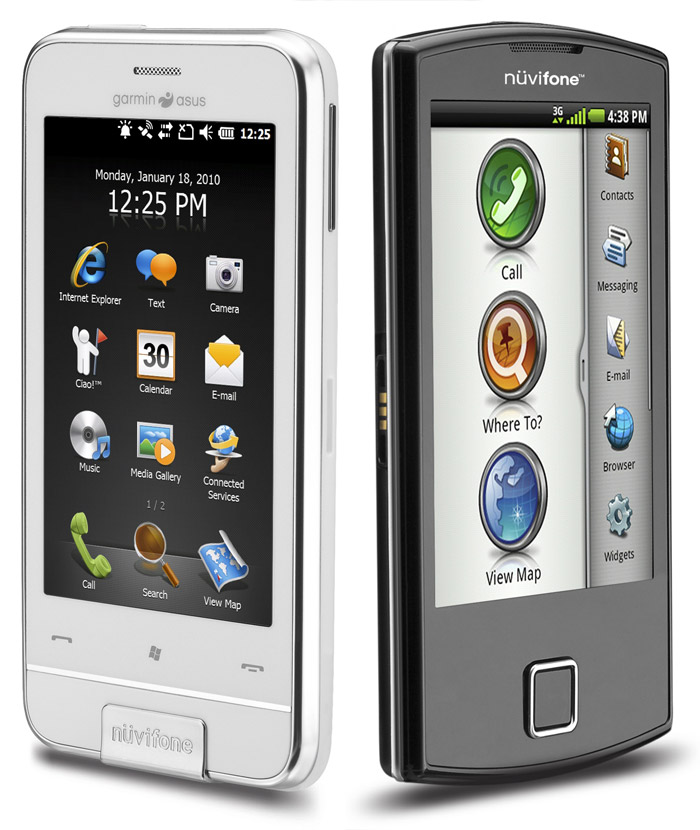 It felt like it took forever for us to see the first commercially-available Garmin nuvifone, but that has happened and now it seems that they are ready to keep the series of smartphones going. The newest additions to the collection are the Garmin-Asus nuvifone A50 and nuvifone M10. Do they look familiar?

There are certainly some differences from the previous nuvifone devices. For instance, the nuvifone M20 gets powered by Windows Mobile 6.1, whereas the nuvifone A50 takes on the Google Android thing. In fact, it is the first Android smartphone to come pre-loaded with Garmin navigation software.

Other highlights on the A50 include the 3.5-inch HVGA capacitive touchscreen, 3MP camera, 4GB of storage, microSD slot, accelerometer, Microsoft Exchange support, and Google services integration.

The Garmin-Asus nuvifone M10, on the other hand, takes the path of Windows Mobile 6.5.3. We had originally hoped for Windows Mobile 7, but that doesn’t sound like it’s happening. The M10 has a 3.5″ WVGA resistive touchscreen, 4GB storage, and 512MB of RAM. Some impressive specs, but not at all worth phoning home about.

The Garmin-Asus nuvifone A50 will be on display at Mobile World Congress early next week. The European launch is being planned for the first half of 2010. There’s no mention of an Asian or North American release just yet.