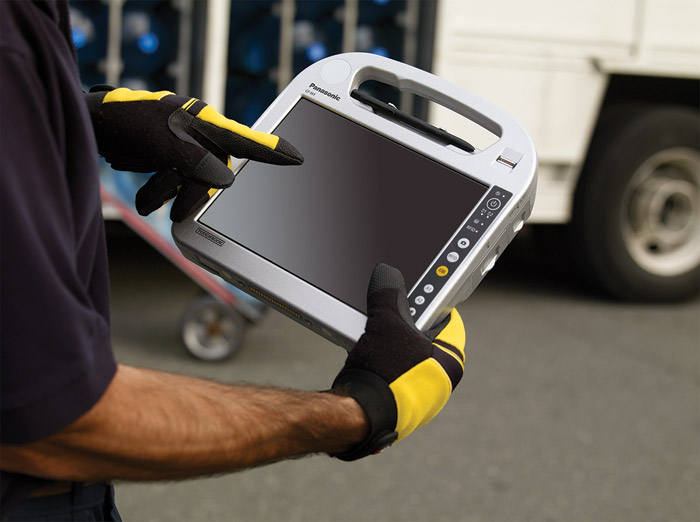 It’s clear that Steve Jobs and the rest of the team in Cupertino have opened up an incredible floodgate with the announcement of the Apple iPad. We’re going to see a lot of new entries in the tablet/e-reader department in the months to come, but very few will be able to be quite as rugged as the new Panasonic Toughbook H1 Field. It ain’t slim, it ain’t sleek, but it’s tough as nails.

Featuring a magnesium alloy chassis, the Toughbook H1 will resist rain, spills, dust, vibrations, drops, and extreme temperatures ranging from 4 to 140 degrees Fahrenheit. Unfortunately, it looks more like a bland, grown-up’s version of the Speak & Spell, don’t you think? But much better than the UMPC ToughBook variant we saw two years ago.

Beyond the rugged exterior and 10.4-inch resistive touchscreen (that is sunlight readable), you’ll find an Intel Atom 1.8GHz processor, swappable battery, RFID reader, barcode scanner, camera, GPS, Wi-Fi, Bluetooth, and a 64GB SSD. It comes loaded with Windows 7, but you can opt for Vista or XP instead if you prefer, no Android hacks yet.

Tipping the scales at 3.4 pounds, the Toughbook H1 will weigh heavily on your wallet too at $3,379 and up.