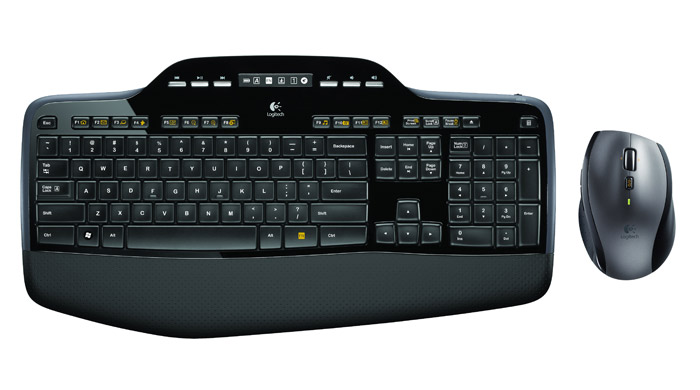 Even though I have a notebook as my primary computer, I still have it set up like a desktop when I’m working from home. I have it connected to an external LCD monitor and I make use of a wireless mouse and keyboard. This means I have to deal with batteries. With the newly announced Logitech Wireless Desktop MK710, that concern won’t come up nearly as often.

For many wireless combos, you’ll find yourself reaching for another set of batteries on a fairly regular basis. The Logitech MK710, on the other hand, touted as the “first keyboard-and-mouse combination to feature up to three years of battery life.” Three years!

Both the keyboard and the mouse connect back to your computer via the Logitech Unifying receiver, which operates over the typical 2.4GHz wireless frequency. This receiver is small enough to stay in your laptop all the time. You’ll also notice that the keyboard and mouse hop out of active mode more quickly when left idle compared to some other wireless desktops.

The Logitech Wireless Desktop MK710 will be priced at $99.99 when it launches in Europe this month. The American release follows shortly thereafter in April.