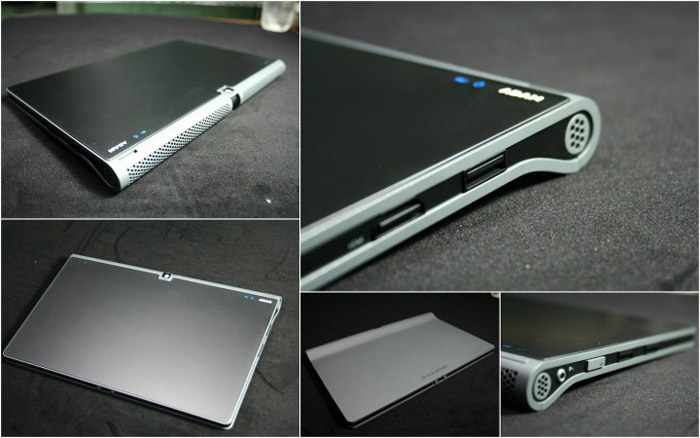 Are you ready? Just as the iPhone paved the way for so many other touchscreen smartphones, it seems that the floodgates are opening for all sorts of Apple iPad alternatives. One of the latest to enter the arena is the Adam Tablet from Notion Ink. On paper, this device sure sounds appealing, but how is it in the real world?

To be powered by the Google Android operating system, the Notion Ink Adam is said to have twice the battery life of the iPad. Not only that, but it will also support Flash content and it’ll output full HD video at 1080p as well (iPad does 576p). Notion Ink CEO also makes mention of the Nvidia chip and Pixel Qi screen.

The people at Notion Ink have gone through several possible designs for the Adam too. It started out with silver-edging and then it got a rolled plastic edge at CES. The most recent rumors say that there will be two different models, measuring 12.9mm and 11.6mm thick, which could indicate different sized displays too.

Notion Ink also recognizes that one of the biggest appeals to the iPad will be the apps being developed for it. To address this, the company is hosting a $1 million app competition, encourage developers to create goodies for the Adam too.

Price? Release date? Those are still up in the air, but we all remember what happened when Adam decided to eat that apple, right?