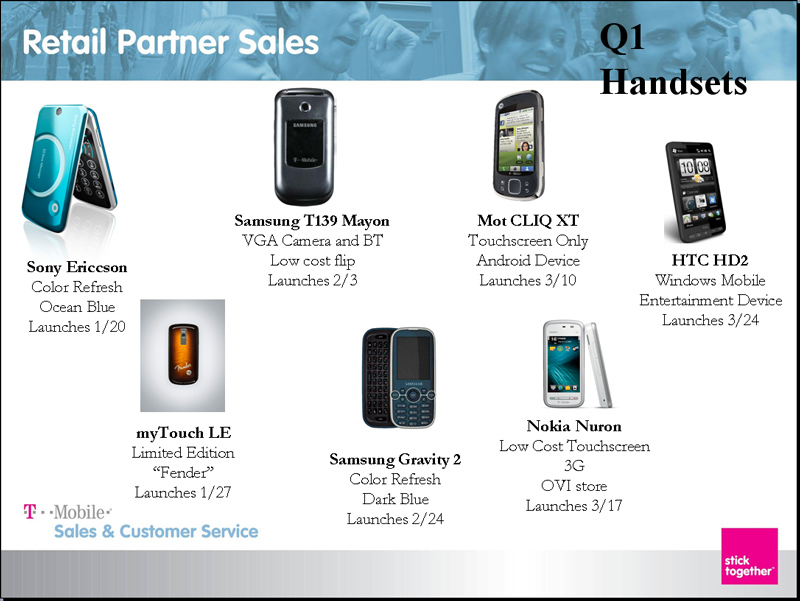 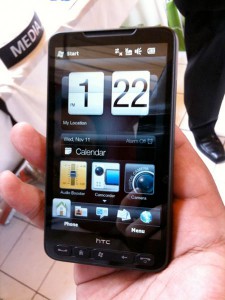 Plenty of release dates have been leaked on T-Mobile USA about new products that are set to be released over the next few months of 2010.   The release that is expected on March 10th is the Motorola Cliq XT, which previous reports have referred to as the Zeppelin.  This model will be an affordable 1.5 Android OS based smartphone featuring MotoBlur’s suite of social networking software.  The touchscreen has a 3.2-inch HVGA (320×240 pixels).

The following week, on the 17th, they are set to bring us the Nokia Nuron.  According to rumors the Nuron will be a Symbian S60 5th Edition version of the Nokia 5230.  Nuron users will get access to Nokia’s Ovi suite of online services, Nokia’s standard suite of productivity applications and its focus will be entertainment.  As with the Motorola Cliq XT the Nuron will also be a tablet style, with a 3.2-inch, 640×360 pixel touchscreen and slide-out keyboard.

Then finally on the 24th we get our hands on the much anticipated HTC HD2 Windows Mobile Entertainment Device.  According to the document; all the info that we already know about T-Mobiles HTC HD2 are true. There is a 1GHz processor, a 16 GB microSD memory card, a 4.3” WVGA display with multi-touch support, a 5MPx camera and will be running Windows Mobile 6.5.

All three support the T-Mobile 3G mobile broadband network, Bluetooth, and Wi-Fi (the Nuron doesn’t have Wi-Fi).  Unfortunately no pricetag’s were mentioned for any of the devices.