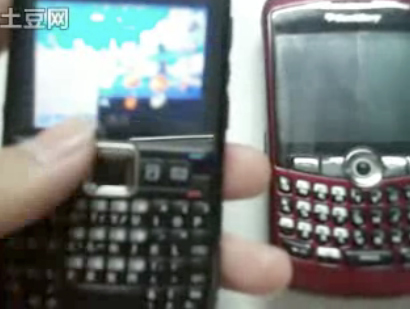 Do you like the functionality of a BlackBerry smartphone, but not a big fan of the hardware coming out of the RIM labs? In the past, you could have taken the route of BlackBerry Connect, but RIM seems like it’s finally ready to release the BlackBerry Application Suite.

Remember that? About three years ago, the BlackBerry maker announced plans to bring about the successor to BlackBerry Connect. BlackBerry Application Suite (BAS) is supposed to emulate the BlackBerry OS on devices not made by RIM and it seems like we are finally able to see this software in action.

In the videos below you can check out what appears to be the BlackBerry user interface running on the Nokia E71, as well as the Nokia 5700. This is particularly notable, because many people assumed that BAS was only set up to work with Windows Mobile. The jump to Symbian could open some doors.

The downside? More likely than not, this is an unauthorized hack by a cell phone enthusiast in China and it has next to nothing to do with Research in Motion officially. Even so, it does demonstrate what could be possible.