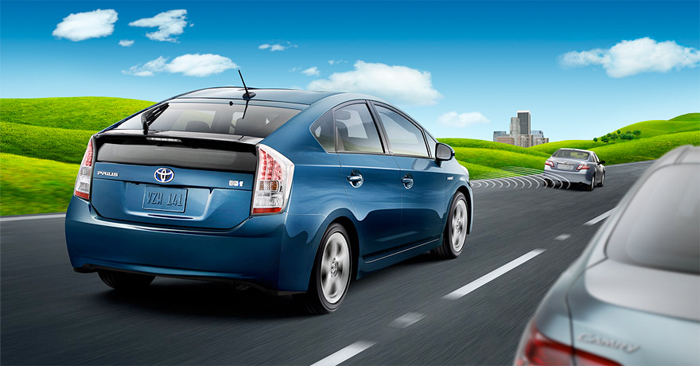 I’m driving, because I ride a 1999 PreRunner, but that wouldn’t be the same if I was eco-packing a Prius or other acceleratingly defected model. Mainstream media is in a panic, Toyota is playing it cool, who do we side with?

The department of transportation has logged over one 120 reports, including reports of 4 crashes relating to the 2010 Toyota Prius and the braking system.

General Motors and Ford have reported increased sales in January. Toyota sales in the US have dropped along with its stock price by, having fallen 14% in the last month. Toyota expects costs and loss of sales from recent safety recalls to reach two billion dollars by the end of March.

Toyota will temporarily stop building and selling eight models in the North American market. The Toyota web site shows the years and models affected are;

The 2010 Prius, and perhaps earlier models may soon be joining this list. Of the eight million vehicles recalled, close to six million are in the US. Toyota began repairing the accelerator pedals, but now the braking issue has arisen. This is a big blow to the Japanese auto-maker, investigations are ongoing and will be made available as they are discovered.

The latest announcement from Toyota regarding the Prius braking is as follows; “Some customers have complained of inconsistent brake feel during slow and steady application of brakes on rough or slick road surfaces when the anti-lock brake system (ABS) is activated in an effort to maintain tire traction.  The system, in normal operation, engages and disengages rapidly (many times per second) as the control system senses and reacts to tire slippage.  A running production change was introduced last month, improving the ABS system’s response time, as well as the system’s overall sensitivity to tire slippage.”

In the mean time, if you do not feel safe driving your Toyota, by all means don’t. Especially if you have ever sensed a strange acceleration or braking difficulty.

Toyota’s president Akio Toyoda announced today a Global Quality Task Force.  This task force is to address the concerns these issues have caused the customers, improve quality around the world, and conduct more improvement activities region by region.

This is the six point action plan of the Global Quality Task Force headed by Mr. Toyoda:

1) Improve Quality Inspection Process – Toyota will once again inspect every process, while verifying the causes that led to the recalls, including quality in design, production, sales and service.

4) Support from Outside Experts – Toyota will seek confirmation and evaluation from outside experts—in line with the industry’s best practices—of its newly improved quality control management, based on the above improvements.

5) Increased Communication – In addition, Toyota will work to increase the frequency of communication with regional authorities.

6) Improve regional autonomy – To provide customers with satisfying products in each and every region, Toyota has long promoted the autonomy of its regional subsidiaries.  We intend to further enhance this autonomy, listen carefully to each and every customer and improve quality.

In the mean time, if you do not feel safe driving your Toyota, by all means don’t. Especially if you have ever sensed a strange acceleration or braking difficulty.