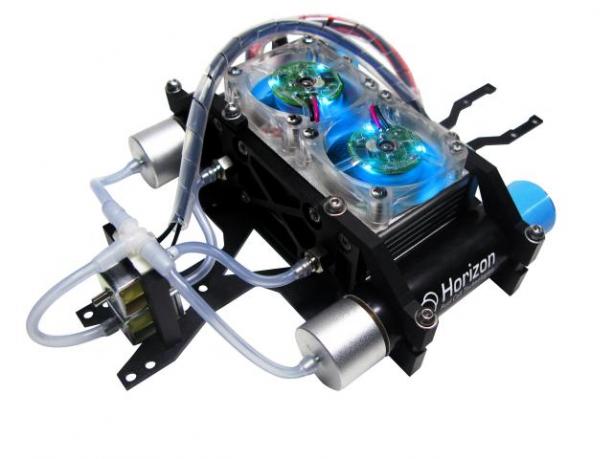 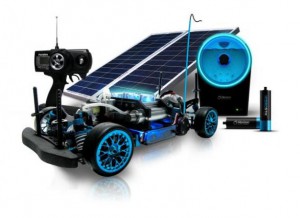 The new fuel cell power kit for model scale radio controlled racing cars is being announced this week at the International Toy & Hobby Fair in Nuremberg. Horizon has developed an H-Cell 2.0 battery adapter kit that sits above the battery on the chassis of the car.  Quite different then the H-racer we saw a long time back.

This new kit includes a device called HYDROFILL, which is a model scale refueling station that is using solar power or wind power to turn water into hydrogen; creating 100% renewable fuel for your RC.  It then sends the hydrogen to the two HYDROSTIK’s.  These are used to retain 12Wh of energy in each; which is approx. 10L of hydrogen.  These fuel cells are used for the cruising power; the small lithium battery is used for any acceleration power.  By dividing the power, the H-Cell 2.0 provides more run times (“factor of 3 of 4”) which lessens the amount of power from the battery that is required to run it.

Pricing has not yet been announced but the expected shipping date of March 15th is coming fast so we should get word of it pretty soon.  Although the performance will not compare to a nitro car, it does compare well with other electrical cars.