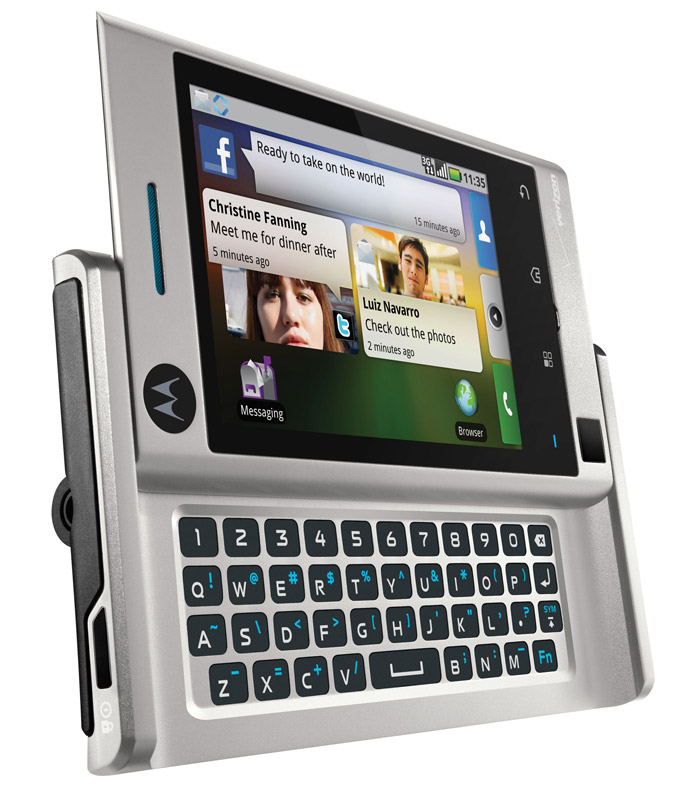 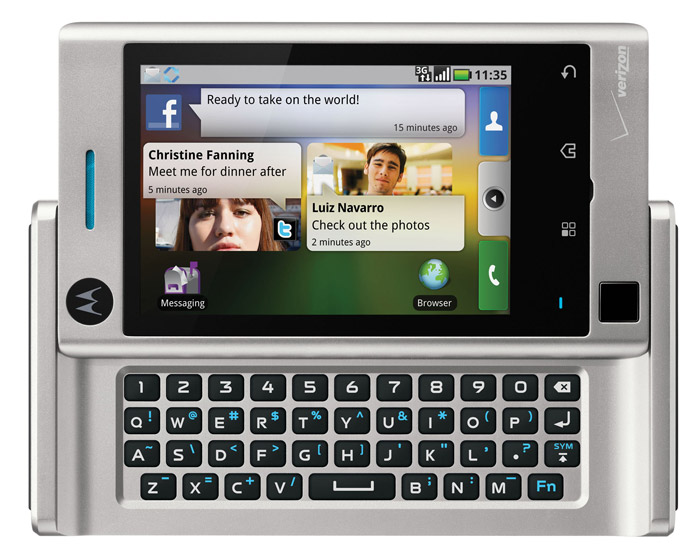 Verizon is pretty happy with how the Motorola Droid is doing in the marketplace, but not everyone wants to have a cell phone of that size. Catering to the more pocket-friendly demographic is the newly announced Verizon Devour.

It’s hard to say why they didn’t choose to include the Devour as part of the official Droid line of Android smartphones, but Verizon is giving us another option from Motorola. The Devour looks and feels a lot like the Droid, except it’s smaller and likely cheaper too.

Running through the features, the expectation is a 3.1-inch capacitive touchscreen (the Droid has a 3.7-incher), a touch sensitive navigation pad, slide-out QWERTY keyboard, preloaded with all sorts of Google apps, MOTOBLUR interface with its social network features, and an 8GB microSD card. And yes, it can download stuff through Android Market too.

They haven’t given any specific details, but the Verizon Devour by Motorola should hit the shelves of Verizon early next month at a price point likely in line with the Droid Eris. That’s about $100 with contract for those of you playing along at home.