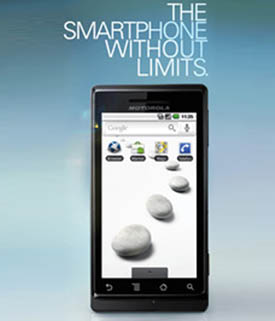 Those of you looking for one of the hottest new Android phones on the block may want to turn your attention over to the boys and girls at Telus Mobility. Canada isn’t getting the Motorola Droid any time soon, but it is getting the Motorola Milestone. That’s essentially the same phone.

We had heard rumors about a Canadian launch of the Motorola Milestone for a little while, but these are getting a little more official. The Best Buy Mobile Buyer’s Guide has revealed that the Milestone is indeed coming soon and this was further confirmed with the “coming soon” page on the Telus website.

The Telus site itself doesn’t have any specific information about a particular launch date, but a helpful tipster (thanks Jordan!) says that the Motorola Milestone “will most definitely be launching on February 15th.” This is according to his Telus rep.