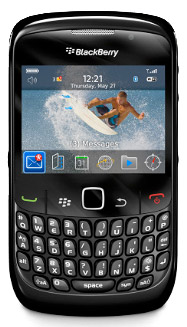 A couple of weeks ago, we heard the initial rumors about the BlackBerry Curve 8520 making its way over to Fido. Those reports now have a little more credence, thanks to a leaked document from the dog’s yard.

More specifically, the Internet has gotten its digital paws on a Fido software update (BlackBerry OS 4.6.1.473) for the yet unreleased BlackBerry Curve 8520. Why on Earth would Fido release a firmware update for a phone that it doesn’t carry, right? It has to be on its way.

Current ramblings are pointing toward a launch price of $50 with a three-year contract or $400 without. The release date is rumored to be as early as tomorrow, so we’ll have our eyes peeled for an official press release.