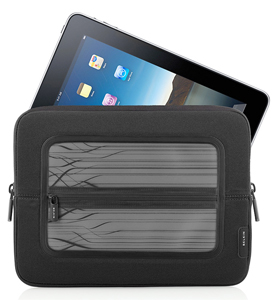 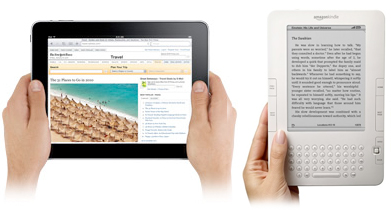 This week was the week that Apple unveiled their iPad. The company did such a great job on keeping the device under wraps, that even some bloggers unable to keep their ego in check after Apple more than likely shut down their requests for an advanced viewing, went ahead and made up stories of actually having it. Regardless, it was an interesting week and we do have ourselves a few Apple iPad models to choose from, and what many hope will be the savior for the print industry and their constant battle against rising costs.

Amazon was feeling the pressure building from Apple, in response they decided to announce the Kindle development kit to developers in limited beta starting next month. This would inevitably allow the product to grow, but was it’s announcement too late? Like a fish’s last thrusts as you drop it on your boat deck.

The Kindle Killer is out there and it’s not going anywhere. Amazon’s attempt to keep publishers faithful with a deal of 70 percent of a book’s price going to them, 15 cents per MB delivery cost over 3G, may not be enough at this point to break away from another iPod-like takeover.

A press release from Amazon details solid all-around performance in the fourth quarter of 2009, Jeff Bezos, CEO says, “Millions of people now own Kindles.” How many exactly? We don’t know, but if it is “millions” we can estimate 2 million at least, with Amazon’s lowest priced Kindle being $259, that’s over $500 million in the 2 years it has been available. Out of those millions of Kindles, Amazon sells 6 Kindle books for every 10 physical books.

There are 125 million credit-card carrying iTunes customers. Steve jobs plans market the iPad to these customers. Apple Insider reports that Piper Jaffray analyst Gene Munster estimates that Apple will sell between 3 to 4 million units in the first 12 months. This is thanks to Apple’s $499 priced entry-level unit.

I did speak with an Apple reseller yesterday. They did not know if the first round of units will even make it outside of the USA, Apple is not giving them any indication of such. They are not even allowed to take pre-orders. It could be another iPhone waiting game scenario, but the base model with no 3G and WiFi only tells me otherwise.

Not many third party accessories for the iPad as I initially expected. Perhaps due to Apple’s hush hush attitude of not letting any product manufacturers know about it.

Belkin managed to squeeze out three new iPad sleeves named the Vue, Max, and Grip. While a company named Cocoon releasing a messenger style bag, Gramercy, with their GRID-IT system.