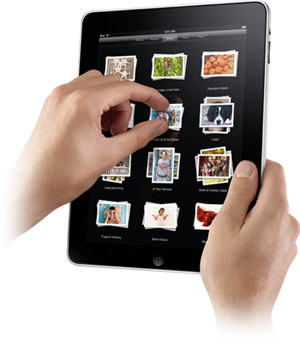 It’s official, the Apple iPad is out of the dark and now in our hearts? or not. Was it worth the wait? Basically a modified iPhone with a large display that you can watch Youtube, high-def movies and tv shows on a 9.7-inch IPS display with full capacitive multi-touch. Apps will be available on hybrid iTunes similar to the iPhones but not exactly.

You can flick through photos and emails just as you would on an iPhone, it has built-inc calendar, datebook and syncs with OSX calendar. There’s a keyboard on the giant screen which makes it almost life size.

The iPad has a built-in accelerometer of course, it turns as you turn it so you can see an entire web page, apparently it is “the best browsing experience you’ve ever had.”

Apple will highlight apps that are created explicitly for the iPad in the iPad store as well. You can get iPhone apps, of course, but they will highlight the special ones.

Apple.com today will have a new SDK that includes an iPad simulator to run the iPad apps on the Mac. “We’ve enhanced the iPhone SDK to support development for the iPad as well, and we’re releasing the SDK today.”

iBooks are out.  The much anticipated eBook reader app for the iPad will have a bookshelf style display letting you look at the side of the book when it’s on a shelf.  Looking down at a book while reading and looking at what appears to be paper, rather than a blank white canvas like a website will give it some more realism.    The iBook store will be populated initially by Penguin, Harper Collins, Simon & Schuster, Macmillan, Hachette book group.

Apple will be shipping iPads in 60 days, worldwide availability of Wi-Fi models. 90 days for the 3G models. The prices are as follows:

Accessories for the iPad will include an official Apple keyboard dock for easier typing, and a case/kickstand made from leather, and doubles as both a case and stand, optimizing viewing and keeping the display protected. 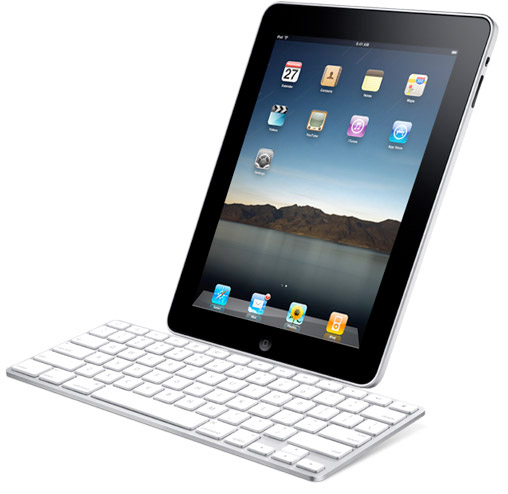 The keyboard is the same as the normal Apple keyboard just with a stand attached to the back to make your iPad stand up straight. 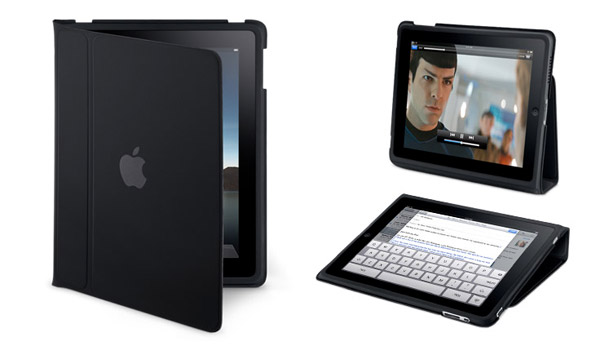 If you end up with a 3G iPad, then data plans will be offered through AT&T, a $30 per month with no contract one can get you padding, plus you can cancel any time with no penalty. It also includes use of the vastly dispersed AT&T Wi-Fi hotspots.

Stay tuned for the official release or check the live blogging going on at Gizmodo. 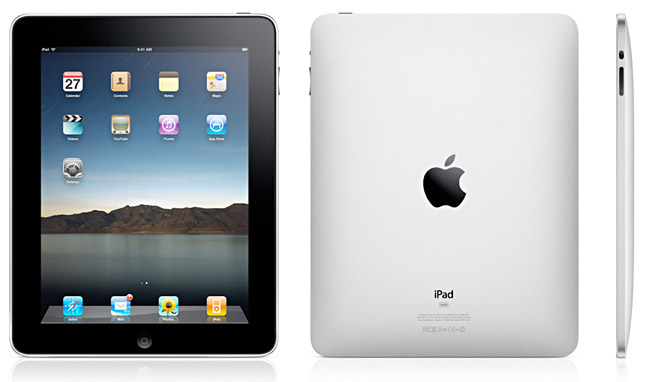 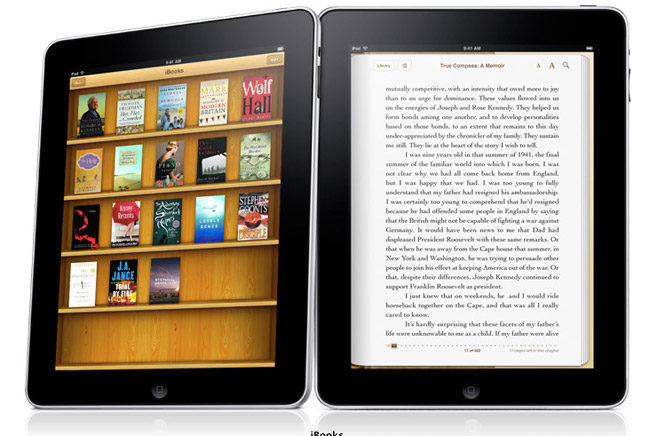