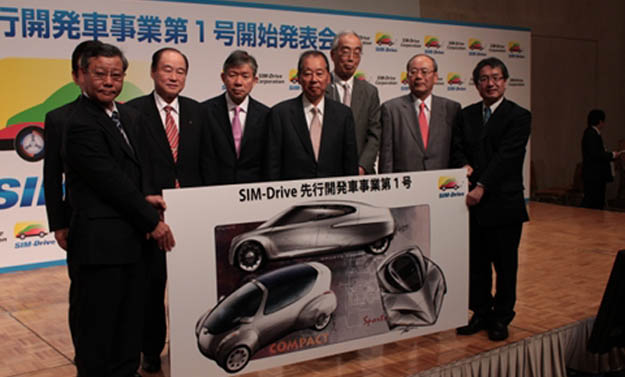 While its name may lead you to believe that it has something to do with the cell phone industry, the Sim-Drive is something different entirely. Instead, it’s the name of some eco-friendly electric vehicle technology from Keio University and they’re ready to hit the road running.

Over the weekend, the Japanese university announced that it will be collaborating with 34 different Japanese companies and municipalities. This consortium will work together to develop and mass-produce an electric car based on the Sim-Drive technology. Among the companies involved are Mitsubishi Motors and Isuzu.

Each participating partner will be forking out about $220,000 toward the project and, if all their ducks get in a row, the futuristic electric car will be able to travel 300km on a single charge. That’s about double what current electric cars can get. Power comes by way of four motors, one for each wheel.

The first prototype should be ready this summer, but mass production won’t kick into high gear until 2013. The price of final electric car should be “on the same level as gasoline-powered cars.”