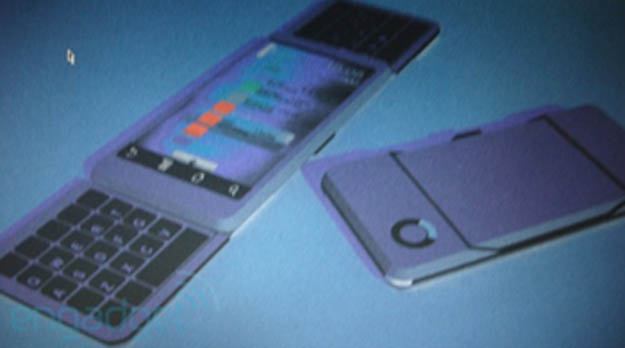 Motorola has already confirmed its commitment to the Google Android platform with the highly successful Motorola Droid available through Verizon, and rumored to be released by Telus either tomorrow or the 2nd week of February as the Motorola Milestone. Well, it seems an even more interesting Android phone is coming to AT&T from Moto too.

Apparently named the MOTOSPLIT, this smartphone takes on quite the unique form factor. The keyboard splits in two, hence the handset’s name, not unlike what we had in the ancient Nokia 6820 of old. Sorta.

In addition to the split QWERTY keyboard design and Google Android operating system, the MOTOSPLIT will also get equipped with that hot Qualcomm 1GHz Snapdragon processor. The user interface could be MOTOBLUR, but we can’t say for sure.

Word on the street has the Motorola MOTOSPLIT hitting AT&T in the third quarter of this year. Pricing has yet to be revealed, but I’m guessing that it’ll be in the $200 range with contract.