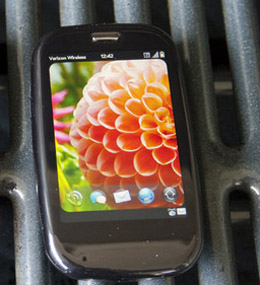 You didn’t think that Palm was going to have all the fun with the Palm smartphone platform, right? After so many rumors, it has now been officially announced that the Palm Pre Plus and the Palm Pixi Plus will be launching through Verizon Wireless this coming Monday, January 25.

What can we expect from the “plus” portion of the Palm Pre Plus and Palm Pixi Plus? Not much. The core hardware remains largely unchanged, except Palm has tossed in some extra RAM, some more storage, and a TouchStone-compatible matte battery cover on the back. They’ve also ditched the hardware button on the front in favor of a touch-sensitive button instead.

One of the other major features introduced in the Verizon versions of the Palm smartphones is the built-in 3G Mobile Hotspot. This works much the same way as the iPhone app, converting your 3G connection into a shared Wi-Fi hotspot. You’ll need to fork over an extra $40 (for 5GB) to use this app, though, and this is on top of your regular voice and data plan.