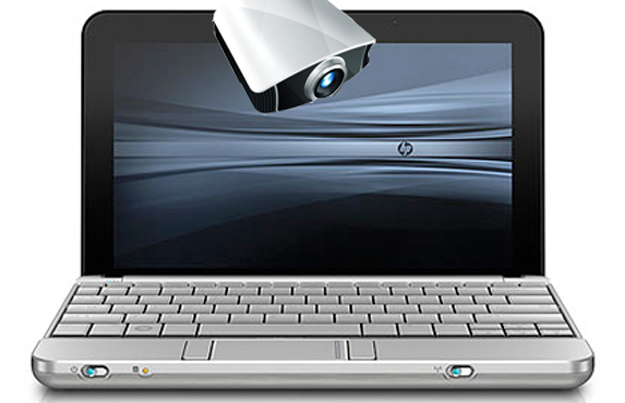 We’ve already seen a cell phone with a projector, giving users the ability to share their small screen image on a bigger canvas. Now HP seems to be taking the same approach to its mobile computing solutions, making business presentations so much easier for the professional on the go.

HP Taiwan Vice President and Manager of Personal Computing Systems Group Monty Wong says that the company is working on a new tablet PC and a notebook for launch some time this year. That’s not too out of the ordinary, except for the fact that both will be equipped with integrated pico-projectors. This is great for PowerPoint, don’t you think?

We have no real idea as to how this new tablet and notebook will look, since Monty wasn’t quite as forthcoming with pictures and specs, but we can probably guess that the projector-equipped machines will fit into HP’s business line.

In terms of placement, the pico projector will most likely be built into the top of the laptop screen, similar to where you would normally find the webcam. My guess is that the projector should face outward and not inward like a webcam though.