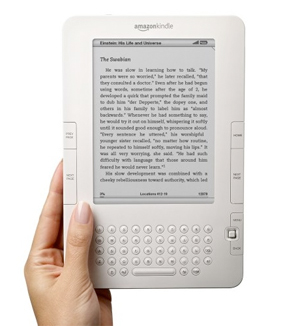 Amazon is contemplating a big move from Apple next week, in an attempt to keep their share of the e-book market they have released a software development kit for the Kindle e-book reader today. Developers will be able to build and eventually sell applications for the device like games, puzzles or other useful applications for a portable handheld tablet style device.

The developer program is being rolled out in February, Kindle applications “active content” will be a limited beta to select third-party developers. It will include the KDK (Kindle Development Kit), sample code, documentation, developer support and Mac, Windows and Linux emulators.

The rumoured Apple iSlate, iPad or iTablet, whichever it may be next week, will be in competition with the Kindle as it is said to offer ebook support and third party development applications. The iPhone and iPod touch have seen massive growth because of its readily available development kit.

Amazon will also change the payment structure for publishers selling ebooks online. With a bit of fine print, ok lots of fine print, and several restrictions and stipulations, a 70/30 split will be paid out to publishers who fit the Amazon criteria.