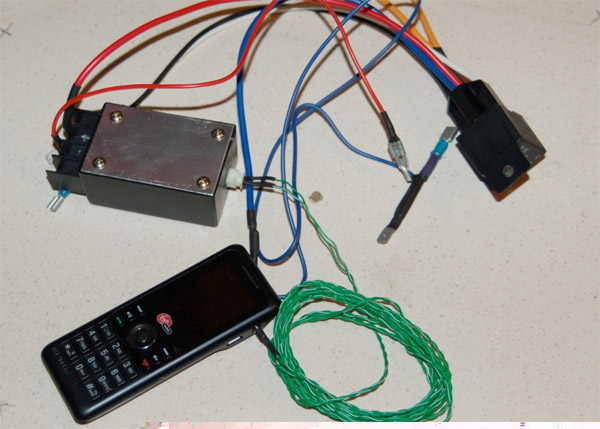 I purchased a car starter about 3 months ago but just never got around to installing it, I see now what I was holding out for. A website called Dave Hacks, run by a guy named Dave, who says he doesn’t really hack, but ‘modifies’ things has posted a DIY on the cheap for a cell phone to remote car starter project, allowing you to boot up your bronco by a simple phone call.

One thing Dave has to watch out for is that phone number getting out. Just one call will start up the vehicle. He mentioned not paying for anymore time on the phone and just using a schedule within the phones calendar to start the vehicle according to his needs.