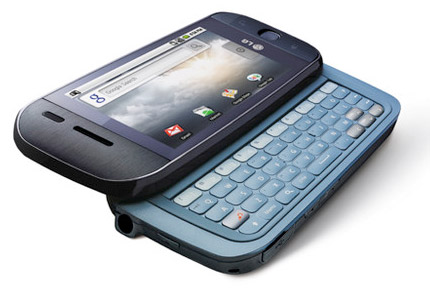 One thing that really changed in 2009 was the increasing popularity of the Google Android platform. In the beginning, we only had the T-Mobile G1 (HTC Dream G1) if we wanted to get into the Android thing, but now there are several other manufacturers getting in on some Google-fueled action. There’s the Motorola Droid from Verizon, for instance, as well as the phone that serves as the subject of today’s review.

While I’m more inclined to associate LG with the feature phones and QWERTY “dumbphones” that you find through Verizon, the LG Eve GW650R is a full-fledged smartphone powered by the Google Android platform. It’s available through Rogers Wireless and, at time of press, it’s just $49.99 with contract. That’s a bargain! Sorry, no availability still in sight for US AT&T customers.

So, what kinds of features can you expect at such a budget-minded price point? It may have launched with a slightly higher MSRP, but the LG Eve is now one of the most affordable smartphones in the Rogers lineup. It’s also got a boatload of features. 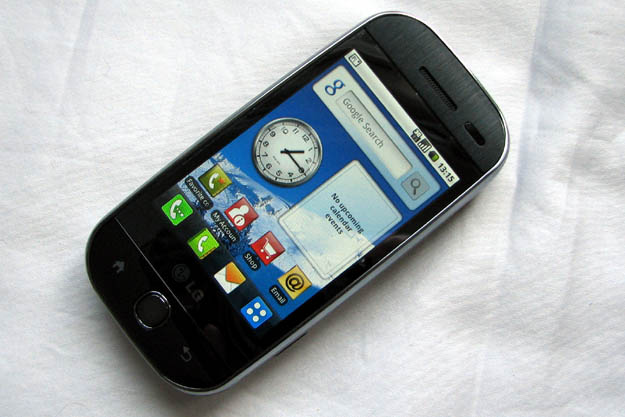 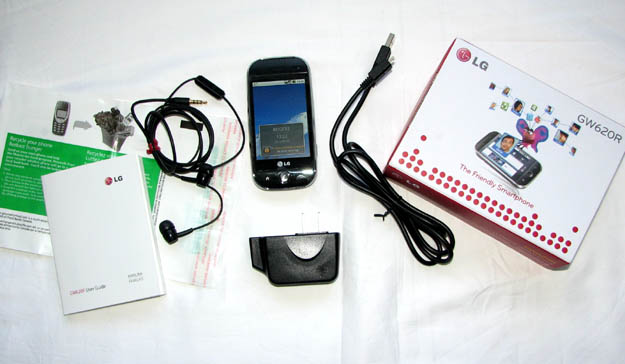 Inside the box, there is the phone itself, a USB sync cable, a USB charger travel adapter, stereo headset, user manual, and a pouch to recycle your old phone. You’ll notice that there isn’t a conventional wall charger here; instead, you combine the USB cable with the travel adapter for that purpose. I prefer this configuration myself, as it streamlines the number of cables you need on the go.

In terms of first impressions, I was happy with the overall build quality and the design of the phone. The touchscreen is very large and the touch-sensitive controls on the bottom are easy to access. 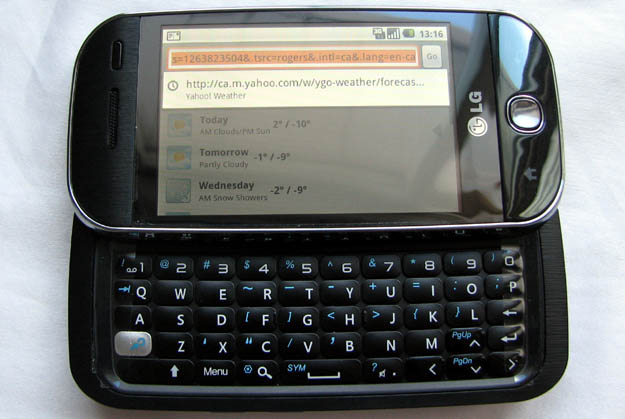 I appreciate the inclusion of the slide-out QWERTY keyboard, since I prefer hardware keyboards over virtual on-screen keyboards, but its exact implementation leaves something to be desired. The keyboard itself feels similar to HTC’s slide-out keyboards, but it was a little on the squishy side.

The bigger issue is that the software side of things seems to have a hard time keeping up with my keyboard taps. It seemed to lag at least a few letters behind, especially when I started typing a little faster. This is simply inexcusable, particularly if you want to use this phone for sending any text or e-mail messages.

Like a few other touchscreen phones on the market, the LG Eve makes use of a haptic feedback system. What this means is that any time you hit something on the touchscreen (or the two touch-sensitive controls), the phone will vibrate a little to acknowledge your input.

This is a matter of personal preference and I like having that feedback, but other users complain that it can be distracting. Further still, all that vibration could be an unnecessary battery draw. Even so, I was able to get at least a couple of days on a single charge with light web surfing and other app usage.

I had no complaints with voice calls. Clarity and signal strength remained solid for both ends of the conversation. 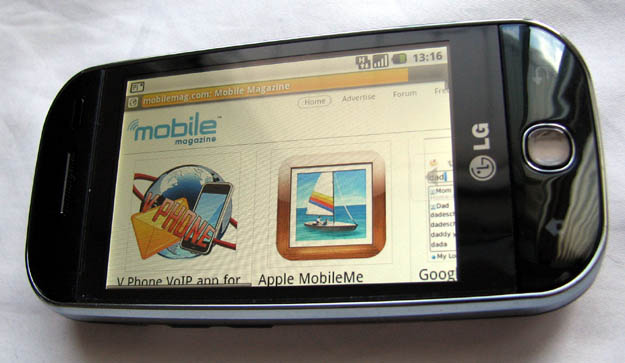 For surfing, the HVGA (320 x 480 pixel) resolution display was reasonably usable when navigating through most websites, but you will want to zoom out on most pages in order to see more than just a snippet of the page.

Since there is no multi-touch, the zoom function isn’t quite as intuitive as it could be. The precision of the touchscreen could use some work too. Otherwise, most web pages render accurately. The same can be said about other similar applications.

Even though it has Google Android as its primary operating system, you can choose to have the LG skin placed on top. This makes the main menu a little easier to navigate, as you can see all of your applications in a grid pattern, sorted by category. The home screen also has three “pages” and you swipe horizontally to access the additional screens.

The LG Eve GW920R is a good choice for people just getting their feet wet in the smartphone world, especially since it takes advantage of Android and includes both a touchscreen and a QWERTY keyboard. I would not recommend it for seasoned veterans and intermediate users, however, as the keyboard can lag and the touchscreen isn’t terribly accurate. A firmware update might fix this. More specifications and features at LG’s website.