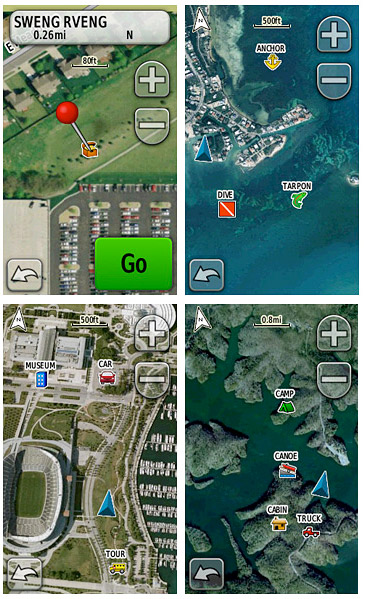 Getting your street maps and points of interest is already pretty important to your GPS experience, but Garmin wants to offer more. Garmin International has recently announced the arrival of BirdsEye Satellie and Aerial Imagery.

This is an annual subscription service that gives the user the ability to load “highly-detailed photo-based maps” on their “select Garmin handheld navigators.” Instead of a regular old map, you get actual images of your surroundings.

The images are raster-based, so they are compiled from actual aerial photos that are then scanned, geo-referenced, and overlaid onto the GPS receiver’s display. The resolution for most of the United States is 0.5 meter per pixel.

The Garmin Birdseye subscription costs $29.99 a year and allows for unlimited downloads to a single Garmin device.

Now, where have I read about something like this before? Oh right. That darn satellite mode in the free Google Maps application. I guess BirdsEye can come in handy when you’re in the woods, but I’ll stick to Google Maps in the city.