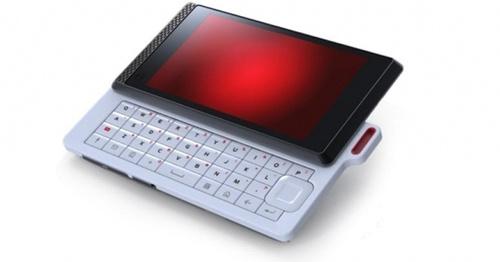 Mobile01 has released two photos of  the Motorola Shadow, and it basically looks like the Droid or Milestone.

The Motorola Shadow is using bold color, the white QWERTY keyboard has been redesigned and they added a wrist strap. A leak from a few weeks back announced just a few specs; a super-thin body, 4.3-inch screen with 800 x 484 resolution.

This  could be a candidate for the next Google Phone, perhaps as the Nexus 2. No hard facts on that just yet and might be still too soon for Google.