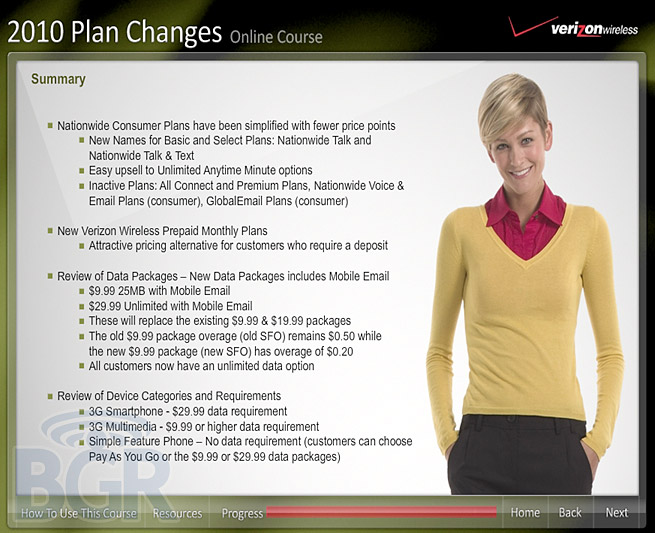 The last thing you want to see is a whole whack of unexpected overages on your cell phone bill and that’s why these unlimited plans can be so appealing. Verizon Wireless is jumping into the fray with a range of unlimited plans of its own, giving you a viable option for that newly acquired Motorola Droid smartphone.

For the entire household, Verizon has the $119.99 Nationwide Unlimited Talk Family SharePlan. That includes the first two lines of service. As with the single line option, you can bump up to unlimited messaging too for a total of $149.99 per month.

Other new introductions include the $9.99/25MB data plan for 3G multimedia phones, like the LG enV Touch and Samsung Rogue. This replaces the $19.99 data package option. Data packages for 3G smartphones stick around at $29.99 a month.

Existing customers can keep what they have or they can move to one of the newly announced plans should they so choose. There is no penalty or need for contract extension to make the switch.