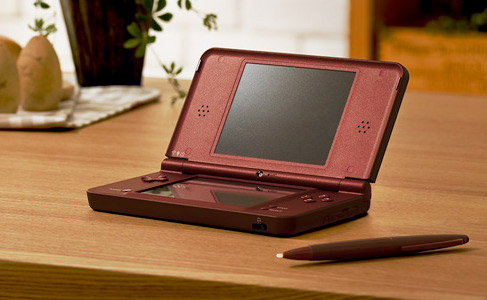 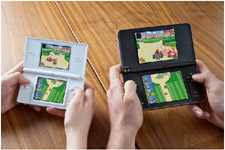 Nintendo has announced its Nintendo DSi XL is due out on the shelves of Europe this March 5th.

The DSi XL features two 4.2-inch screens, being 93% bigger than the display on the DS Lite, a larger stylus will be more comfortable and give the user better control.  There is a wider viewing angle on the DSi XL too, angled to make sharing better.   It comes pre-loaded with “Dr Kawashima’s: Little Bit of Brain Training: Arts Edition” and “Dictionary 6 in 1 with Camera Function”.

The exterior case will initially be available in wine red or dark brown.  It has a glossy finish on top and a matte finish on the bottom side providing good grip when resting on a surface while playing a game.

It’s launch in Japan was a success, on November 22 Nintendo sold 100,000 units in the first days. There is no price announced for the European release. North American’s are still biting their nails with a release hopefully in sight by the end of this quarter.