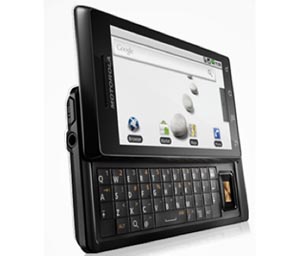 The Motorola Droid has been quite the success for Verizon Wireless, offering a very viable alternative to the Apple iPhone. Canadians have been offered Google Android phones, but they haven’t seen anything quite like the Droid just yet. That could be changing, but not quite so soon.

We had known for a little while now that Telus Mobility would be carrying the Motorola Milestone, a smartphone that is effectively the same as the Motorola Droid offered through Verizon. For some time, we were told that the Milestone would arrive on January 26th.

Unfortunately, it seems that the tunes have changed and Canadians will not get the Milestone this month as promised. It has been confirmed that Telus Mobility will not have the Motorola Milestone ready for launch this month.

So, when can we can expect to see this touchscreen and QWERTY keyboard equipped handset on the Canadian market? Telus reminds us that January 26th was just a rumor and they’re sticking to their original statement of an “early 2010” launch for the phone.

Notice that they don’t say Q1 either, so this delay could push the launch a little further out than we had hoped.