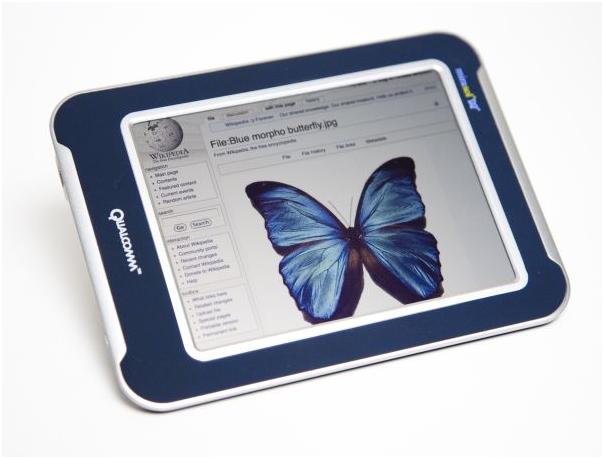 Qualcomm’s Mirasol display technology has the potential to upend the e-book reader market, and possibly cause some issues for the LCD-based slate PCs.

The 5.7-inch prototype Qualcomm is displaying could be Kindle-bound, XGA version, which is 240ppi pixel density and a 6x power advantage over E-ink in a typical usage scenario.  The display is full color – reportedly it works better in a brightly lit environment than the competition.   The display could be paired with a capacitive or resistive touchscreen, a best case scenario is apparently optical touch.   Reportedly the Mirasol uses less power – and is supposed to be faster than current technologies.