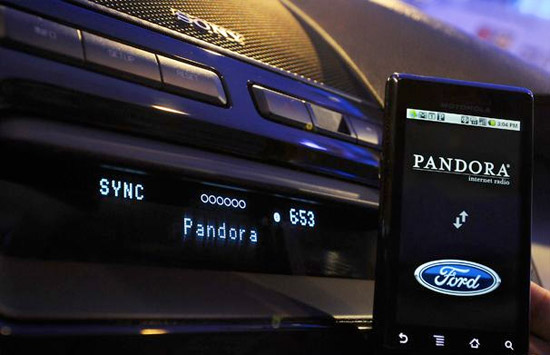 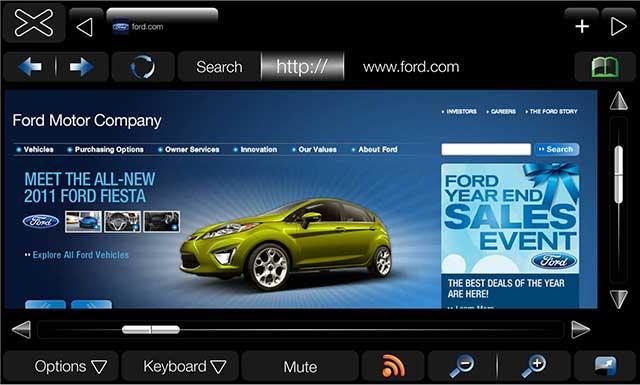 Ford has updated its Sync technology and made a new driver interface and dashboard design called myFord Touch where it had its debut at CES 2010.

myFord Touch, marries voice recognition, graphic screens and touch controls on the steering wheel.  The new console will first be available in the Ford Edge and Lincoln MKX.  Starting in 2012 it will be available for the Ford Focus.

The Sync technology, from Microsoft’s Windows Embedded Auto platform, is meant to connect your electronic devices to a voice-command system in your car. It also uses interface controls that are familiar to customers, to connect drivers to the vehicle’s functions.

There are five-way controls on either side of the steering wheel similar to those found on mobile phones and MP3 players.  Two small color LCD screens are on either side of the speedometer. The left side displays the vehicle functions; the right side displays the entertainment, phone and data controls. An 8-inch touchscreen LCD is at the top of the center stack, a customizable interface allows the driver to choose a display that allows for quick easy access to everything they need with one touch.

To connect your gadgets the media hub on myFord Touch has two USB ports, an SD slot and RCA audio/visual input jacks. With a USB broadband modem connection the car accesses WiFi.

The SD slot is home for the navigation system data, for  map-based navigation to the graphical turn-by-turn directions that are standard with myFord. By putting the navigation data on an SD card it saves you from having to upgrade the old map information. 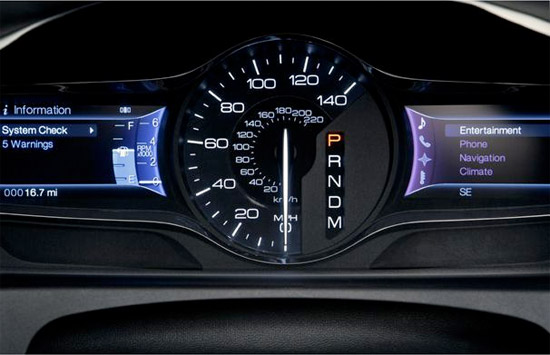