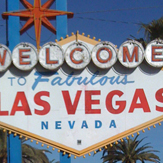 There’s no better way to overload your brain and body than by spending a week in Las Vegas for the Consumer Electronics Show (CES). The event brings together thousands of vendors, tens of thousands of visitors and millions of feet of exhibition space in the most imaginary of locales. 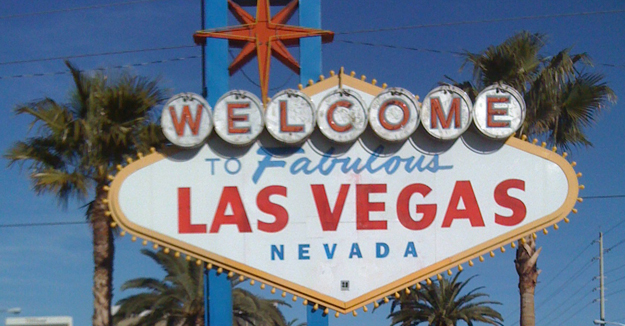 The glitz of Las Vegas is combined with the frenetic urgency or companies looking to create buzz for their latest product or application. Launch parties, press conferences and impromptu meetups are combined with formal exhibitions on the floor of the Las Vegas Convention Center and various area hotels. Navigating the show is a challenge and that’s even before you get a glimpse of your first gadget. 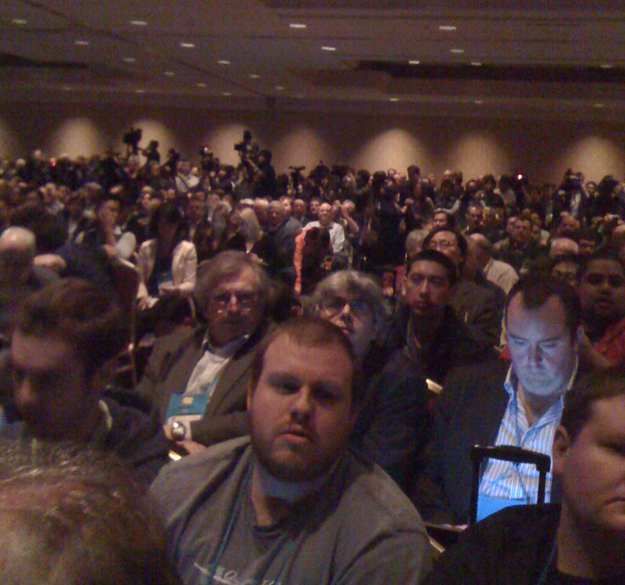 During this year’s event, one colleague walked 50 miles in three days – according to his pedometer. Another writer amassed about four hours sleep in the course of five days in town. And I practically wore through my iPhone, digital camera and ballpoint pens amassing info on the cool stuff at the show.

While being onsite can certainly wear you out, the only real way to see, touch and operate the newest gadgets and consumer technologies is to be there.

FYI, CES is about 30% concepts, 60% actual products that are at market now or will be introduced in the next few months, and about 10% leftover crap that came out already but is being pimped anew to the 5000 journalists and bloggers onsite. 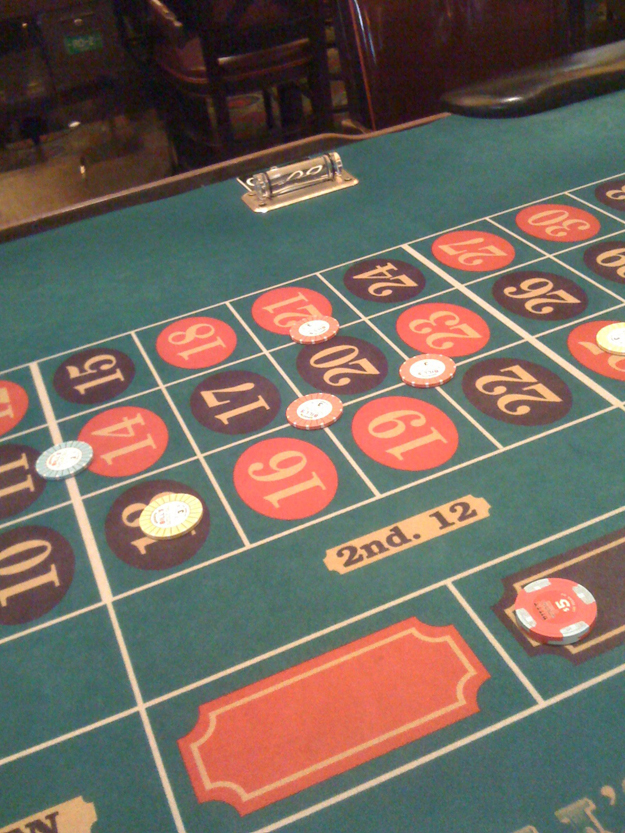 Enough background on the show. Let’s hop behind the wheel together and take a tech tour of this year’s CES.

You’ve seen the commercials. Mary is locked out of her car and OnStar is able to unlock the vehicle from afar. OnStar has now partnered with Chevy to introduce a mobile app that allows Chevy Volt owners to manipulate their car from wherever they choose using just their smartphone. 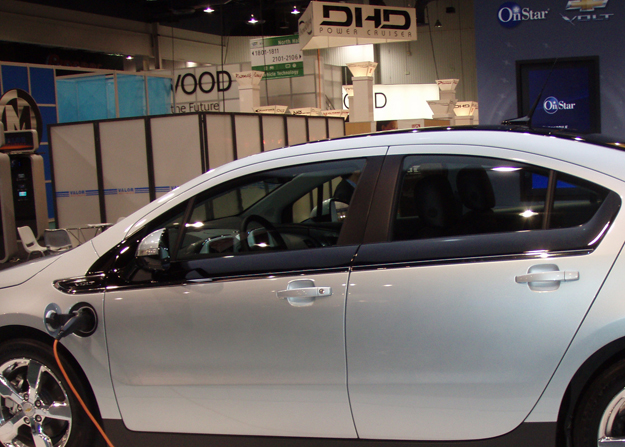 They can unlock doors, adjust interior cabin temperature and even regulate the charging. Imagine being able to tell your car to charge at 1AM instead of 9PM just by touching your smartphone. Cool stuff.

Phones in cars can cause danger. To that end, ZoomSafer has a service for smartphones that limits texting or talking when you’re driving. If the GPS inside your phone is going more than 15MPH, certain functions are disabled. 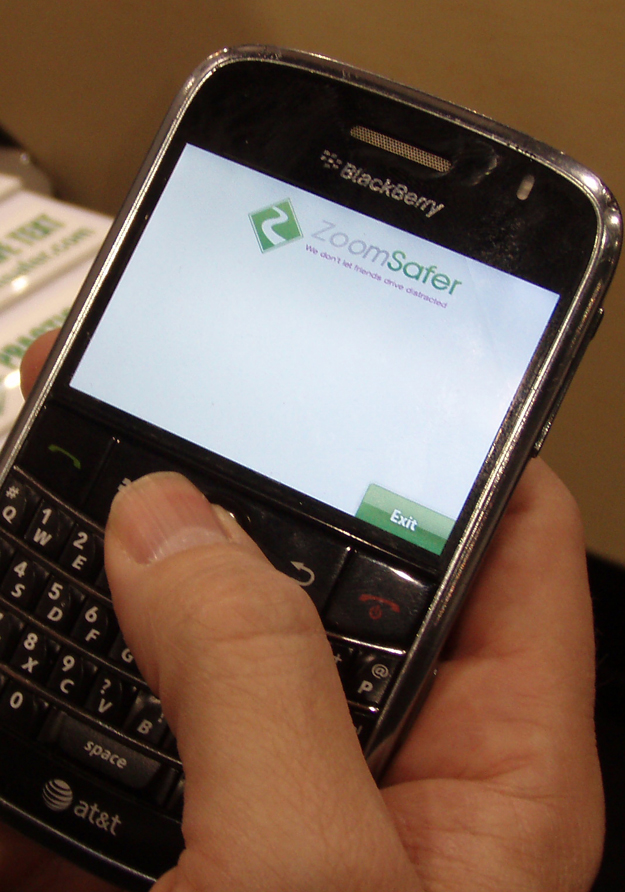 There are ways to get around the settings in case you’re in the car with a colleague and they need to use the phone. But company spokes people say their product is a good way to keep teens off the phone when driving and the best way to keep all drivers from being distracted.

The coolest distraction I saw in the car arena was FLO TV from Audiovox. This is actual television programming in the car. It fits into car headrests and will soon be in cars right from the dealer.

It’s like flying on JetBlue, but in your car. No, it’s not available for installation on the driver’s side of the car.

The big news at the show was 3D Television. Everyone seemed to have one of these cool monitors – in sizes up to 60 inches or so – and hundreds of people could be seen on the show floor wearing odd glasses.

The technology is coming fast and Samsung’s partnership with Dreamworks and Technicolor will present consumers with 3D BluRay discs and lots more 3D entertainment in the home. Other manufacturers include Sony, Panasonic and others.

What viewers should know before they buy, is that 3D is still in its tech infancy. You still need the funky glasses and you still won’t feel like you did if you went to see Avatar in an IMAX cinema. But that’s coming. Maybe next year. 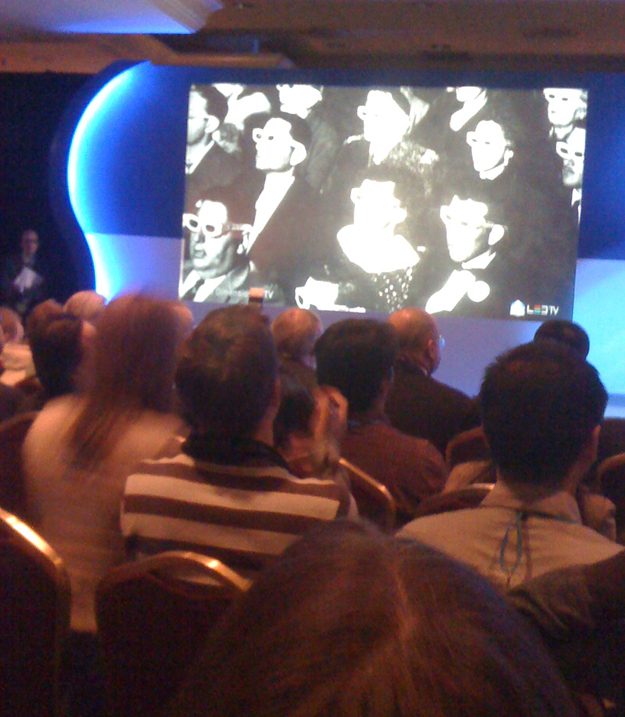 In the past couple of years, CES has started to feature elements that are taking the real world into account. For instance, they introduced a Kids at Play and a Senior’s Summit last year, and for 2010 they brought in a Mommy Tech area and a zone for Lifestyle Technology.

These areas focus on gadgets for specific audiences and sometimes that’s where you find some cool innovations. Keeping safety as a focus, a lot of organizations are trying to address safe listening levels.

AblePlanet, a company that used to develop hearing aid tech, has introduced headphones that allow users to balance sound across the ear cups. That means if you already have some hearing loss in one ear, you won’t blow out your other ear by turning the music way up in both ears. 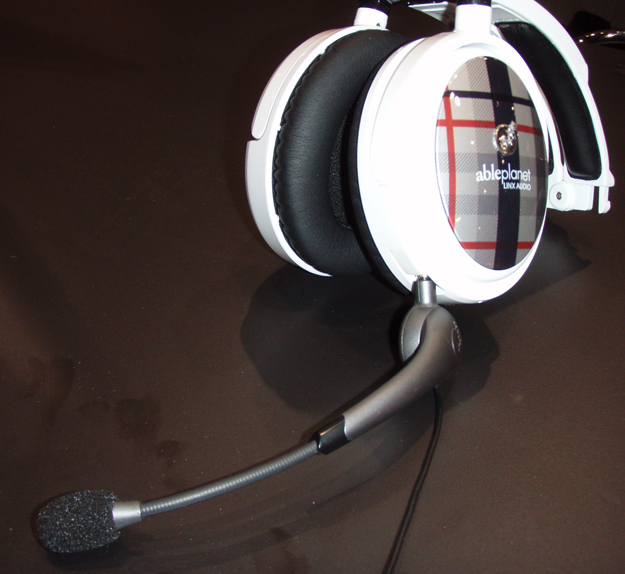 With the sliding balance adjustment, wearers can choose to up the sound in one ear and keep the other sound low. Their new line of headphones also feature a modular capacity so you can use headphones with aftermarket boom microphones for gaming or making Skype calls.

TuneBug – a partner with NXT – introduced a device earlier this year that doesn’t even put earbuds or headphones on your ears to share sound. Their Vibe device takes sound from your MP3 player, iPhone or any device that has audio out and operates as a speaker when placed on any firm, sound-reflective surface. 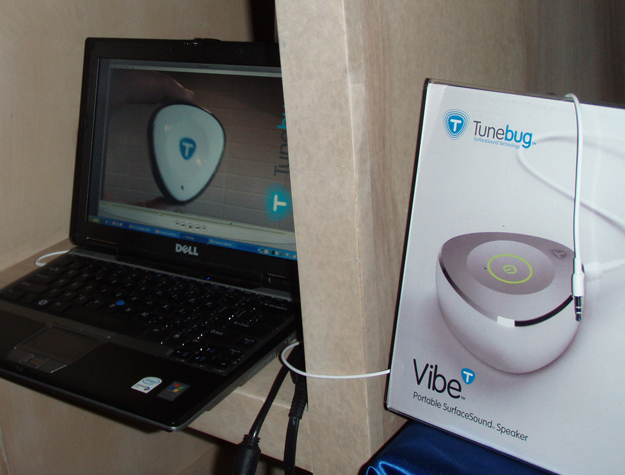 The Vibe’s technology is now being incorporated into models called the Shake and the Quake. The former allows bicyclists, skateboarders and others to put the Shake on their helmet and experience a cone of sound around their head. This cone doesn’t block out ambient noise so auto traffic, screaming parents and other alerts can be heard without difficulty.

The Quake is going to be a model with a little more oomph – designed for the motoring enthusiast. So scooterists, jetskiers and others can get that same sound cone around their helmet while still remaining safer than if they had headphones on.

Other special zone tech devices include: medication reminder machines that dole out pills for forgetful patients; GPS personal locators for parents who want to avoid putting a microchip in their kids but still want to know their whereabouts; safe surfing technology to keep the Internet a little more manageable for youngsters; and GPS add-ons for your iTouch to make it useful for geocaching or finding yourself.

Aside from the tech zones, car tech and traditional MobileMag fare, there were certainly the left-fielders of CES. These are devices that make you smirk a little, smile a lot and sometimes shake your head. A quick list includes: 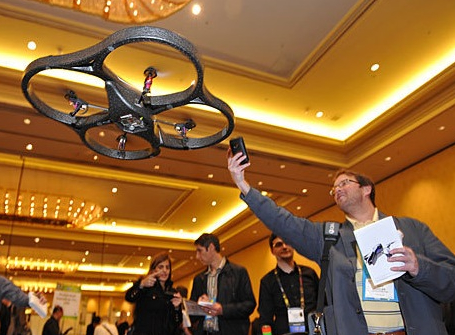 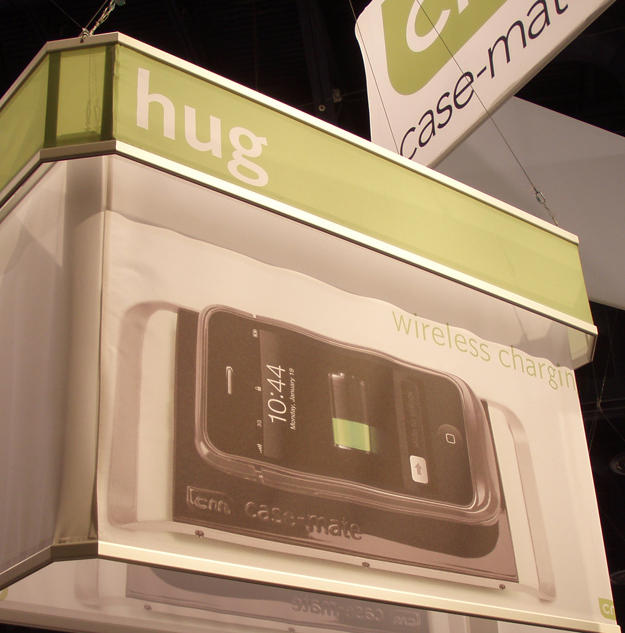 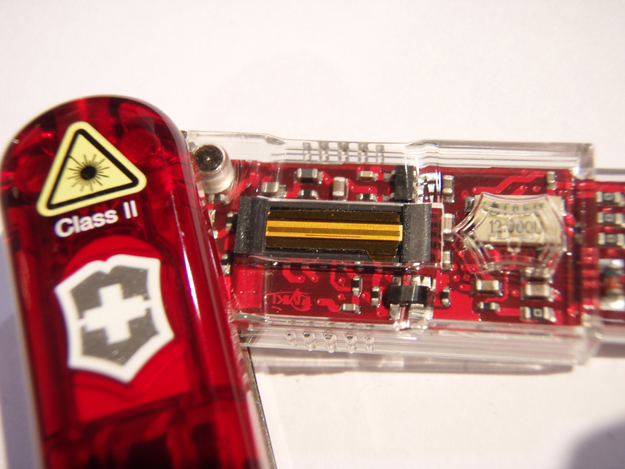 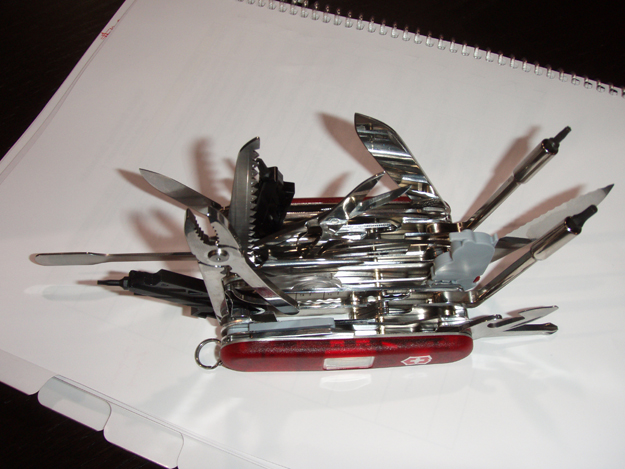 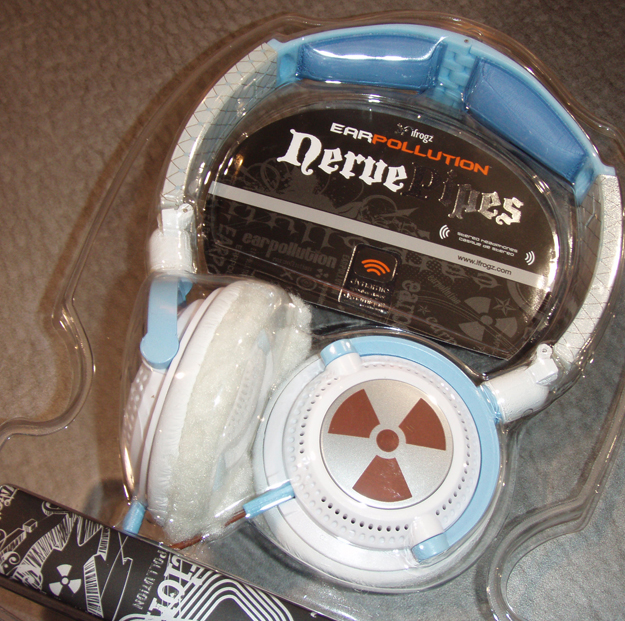 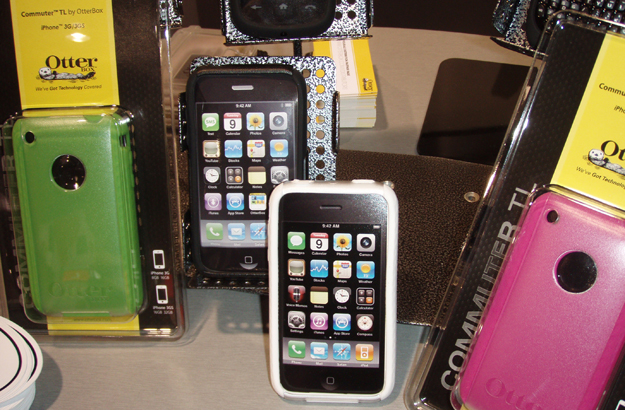 Wristbands that hold your smartphone or iPod 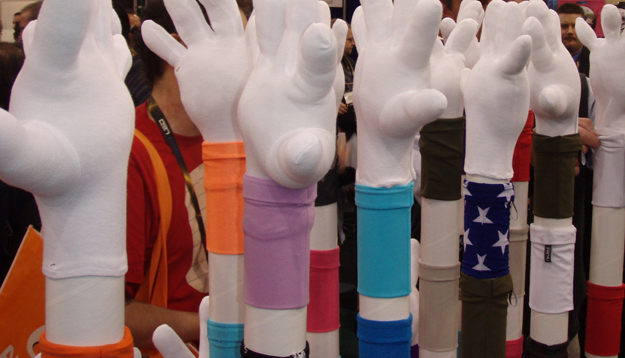 and so much more.

To get the real feel for CES, you should really go visit the event yourself. But if that’s not possible, stay tuned here throughout the year for more tech news on the gadgets we think are cool. Then watch closely as we cover national and international tech shows – where we’ll bring you fascinating recaps of all the tech you may have never thought of.