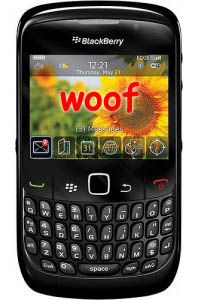 Do you prefer the lower prices offered by Fido, but you want a BlackBerry option beyond that lowly Pearl 8100? At long last, it seems that a QWERTY-equipped RIM smartphone is making its way into the dog house… so to speak. It has been revealed that Fido will be adding the BlackBerry Curve 8520 to its collection.

As you may recall, Fido added its BlackBerry service early last year and the only phone option at the time was the BlackBerry Pearl 8100. Months later, we were hopeful that the Curve 8900 would join the fold, but that never came to pass. Not surprisingly, Fido’s BB service hasn’t exactly been the most popular thing in the world.

This may change with the pending arrival of the BlackBerry Curve 8520. Yes, the phone can already be purchased through big brother Rogers, but the Fido brand is on a different pricing tier than its owner. By adding the Curve 8520 to its lineup, Fido can better compete against the BlackBerry service offered by similar carriers like Virgin Mobile.

The feature set isn’t terribly exciting, but you do get your basics covered with a QVGA display, QWERTY keyboard, optical trackpad, Wi-Fi, Blueooth, 2.0 megapixel camera, and the usual suite of BlackBerry goodies. Expect the BlackBerry Curve 8520 (in black only) to show up at Fido kiosks some time during Q1 2010.