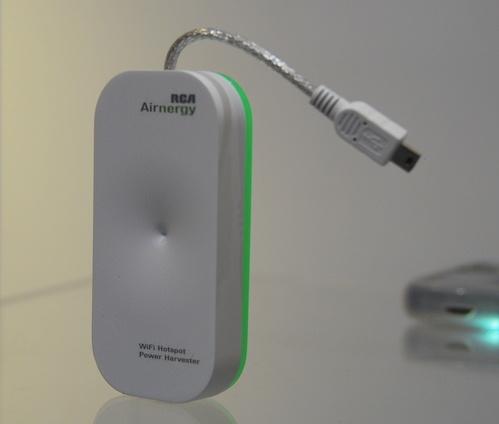 One company thinks it can take charging our gadgets to the next level – by pulling power out of thin air.  Airnergy, from RCA is harnessing small amounts of the signals that are being broadcast by wireless internet.

The Airnergy, resembles a 3G dongle with a complex series of circuits, it takes the energy from wi-fi signals and stores it in its own rechargeable battery. Being demonstrated at the CES this year, the device’s, was able to charge a BlackBerry from 30% power to full power in roughly 90 minutes.  The speed that it can recharge at will greatly depend on the strength of the nearby Wi-Fi signals. Since wireless internet is so prevalent, the company mentioned that it could essentially provide “free energy” by working off ambient electromagnetic noise.

Airnergy is scheduled to go on sale later this year for about $40 .