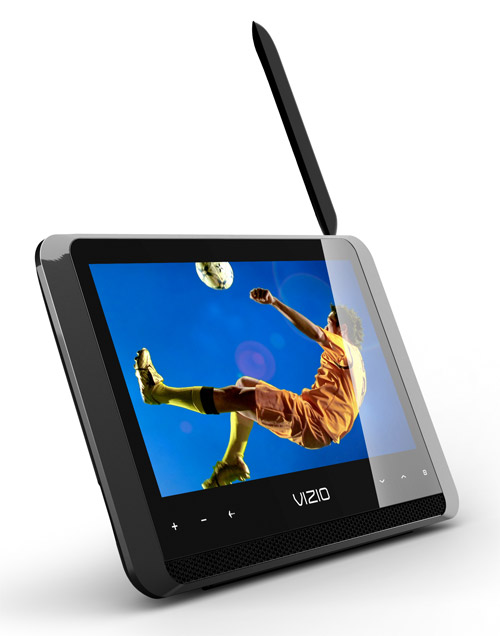 Vizio will offer three Razor LED models with a depth of less than 1″ bringing them full swing in to the mobile LCD market.

All three units are using innovative touch-sensitive controls that light up when it senses the user’s approach. The flush antenna also flips up for improved reception.  Each internal battery operates for up to 3 hours, and the units have earned an Energy Star rating.  All are scheduled for delivery later this year for about $149.99, $199.99, and $229.99 respectively.