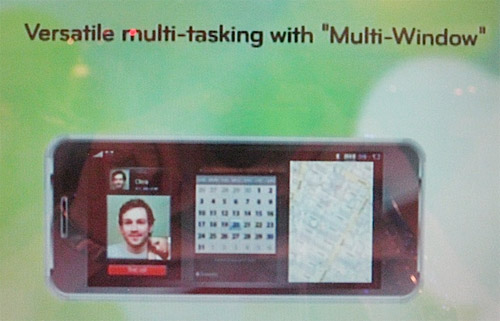 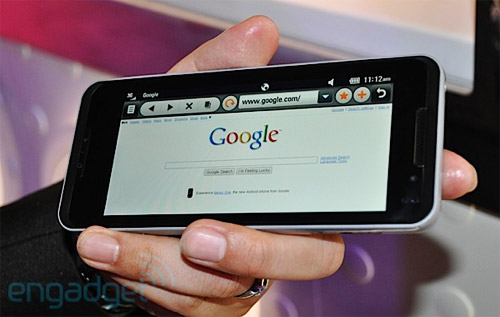 The Moorestown-powered GW990 smartphone from LG has finally become official.

In terms of specs, it comes with a 5-inch screen, play back 720p high-definition video. 16GB of built in flash memory and 512MB RAM. The screen supports multitouch input and a camera in both the front and back. It runs the Linux-based Moblin OS.  It is very capable of running multiple applications at once. Applications like multipoint videoconferencing will also be possible through the device.  Primarily marketed as a 3G device, behind the 1,850mAh battery and alongside the MicroSD expansion slot — your SIM has a home.

Moorestown provides the computing power needed to bring PC functions to smartphones.  It’s smaller, faster and better than anything LG has done before.   It’s chunky, sturdy and curved in all the right places, it’s an appealing device.  Look for it to show up in the second half of this year.