On January 25, exclusive to Verizon Wireless, the Palm Pre Plus and Palm Pixi Plus will be offered with vital updates.

Palm Pre Plus had the bulk of changes. The navigation button has been removed, action of slider mechanism improved; it now clicks in/out of place. Palm also changed the keyboard, dumping the orange coloring, revamping the action of the keys, making them clickier and slightly more raised. Adding 8GB of storage, making the internal capacity 16GB, and Palm is going full blast with gaming thanks to its PDK. The feel is closer to the Pixi, and that’s a really good thing.

The Palm Pixi Plus is still “thin and lightweight”, Wi-Fi connects easily – and quickly, and a whole new slew of stylish back covers, feeling rubbery with perforations, on the solid color versions, the printed ones are smooth. The cases have holes for the camera lens, headphone jack, speakers, etc. And they’re swappable.

The Pixi has a built-in inductive back cover; the Pre Plus comes with an inductive back battery cover so you can use the phones with the Touchstone charger out-of-the-box.

Pricing has not been announced, but considering that the Pre and Pixi are currently available on Sprint for $150 and $100, respectively, I expect the Pre Plus will cost a little less than $200 and the Pre Plus will be close to $100. Back covers were displayed for $50. 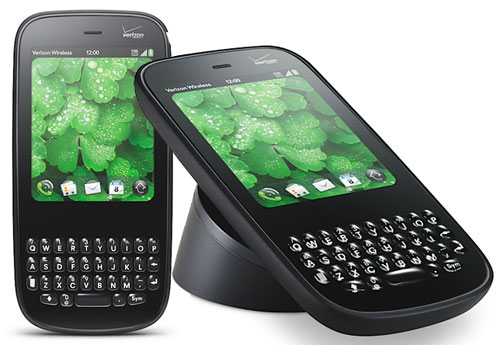