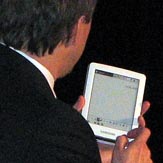 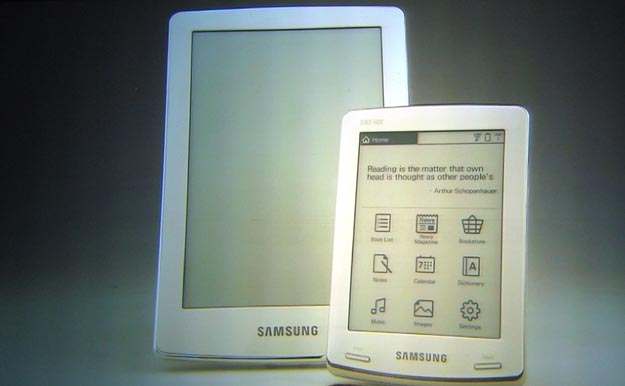 The trend may have started with “just” the Amazon Kindle, but the push toward ebook readers has certainly been thrust into the forefront in recent months. Not to be outdone, Samsung has decided to enter this realm too, but the newly announced Samsung E6 and E101 readers come with quite the powerful backing.

Whereas the Kindle has Amazon and the Nook has Barnes & Noble, Samsung decided to hook up with Google instead. This means that you can probably still buy regular content through certain ebook online stores, but you also gain access to the over one million free ebooks that fall under public domain with Google Books.

During their press conference at CES, Samsung reminded us that they did not want to just “join” the market; they wanted to bring some innovation to it. In addition to the big Google deal, it’s also very notable that the Samsung E6 and E101 ebook readers feature touchscreen displays too.

That may or may not be noteworthy on its own, but it is kind of neat how it comes with the ability to scribble on its e-ink screen using a notepad-like application. With its handwriting functionality, this can be great for taking notes in class, for example.

The Samsung ebook readers come with 2GB of internal memory, integrated Wi-Fi, and the seemingly universal plain white styling cues. Will this be able to knock the Kindle off its pedestal? I doubt it, but competition is always good for the consumer, right?