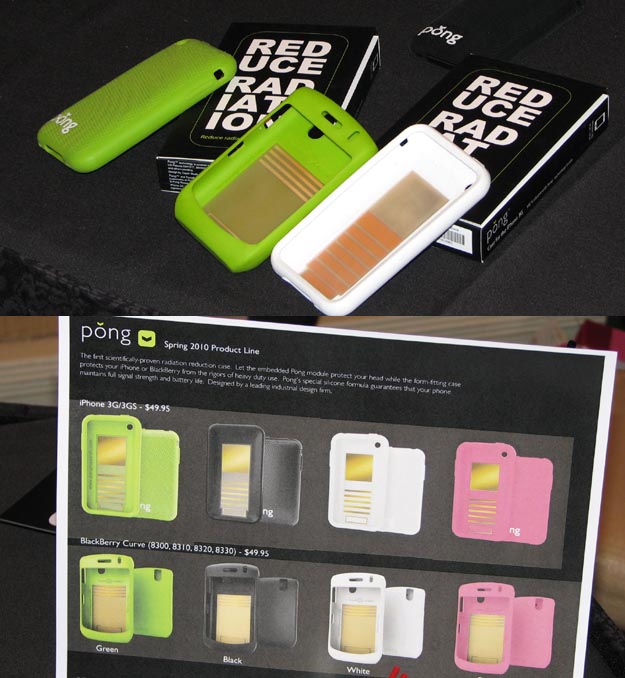 We’ve all heard the studies telling us that cell phone radiation fries our brains and gives us cancer. While some may argue that the evidence is anything but conclusive, it’s probably smart to err on the side of caution. If you’re looking to protect yourself from said radiation, these Pong cases may be for you.

The version for the Apple iPhone 3G and iPhone 3GS is already available, but Pong is expanding their lineup to include BlackBerry smartphones as well. They’re starting out with the older 8300 series devices, but the nice representative said that they’ll be looking to approach the “most popular models” in the BlackBerry line too. You can probably expect a Storm or Bold model at some point.

The idea is that these otherwise nondescript-looking silicone cases come with a special embedded “Pong module” that protects your head from those nasty beams. Meanwhile, the case protects your phone from damage and the silicone will not block out your signal strength.

Both the BlackBerry Curve and Apple iPhone versions will be available in your choice of green, black, white, or pink and they will sell for $49.95 each. These are set to launch in the spring.